Have you got an old coat? We know someone who could use it

Greater Manchester is in the grip of a crisis. Over the past year, homelessness has risen by 30%. Now, a shocking 4,428 people don’t have a permanent roof over their heads.

Many are ‘hidden homeless’, living in temporary or insecure accommodation that’s often overcrowded. A heart-breaking 189 people currently spend their nights on the street. It’s in the coldest months of the year that rough sleepers are the most vulnerable, risking illness and death.

Imagine lying on the freezing ground to sleep and waking up in a ragged sleeping bag furred with frost. Imagine being unable to get warm or properly dry, day after day. The bitter weather is unforgiving if you have no place to go and can’t afford a winter coat.

For the second year running, we’re very proud to have launched our award-winning Wrap Up Manchester campaign in partnership with Hands On London. Human Appeal is rolling out this amazing initiative to Birmingham and Glasgow and aiming to keep 3,000 vulnerable people warm this winter. Our volunteers have only been accepting donations for a couple of days, but we’ve already received more than 700 coats from generous members of the public. 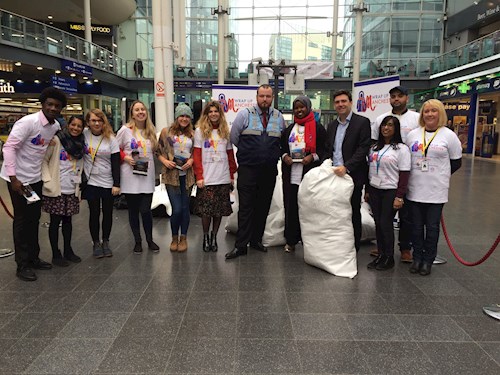 At Human Appeal, we want not only to offer a helping hand to those in desperate need of humanitarian aid, but to wrap an arm around those in desperate need of warmth. Our mission is to help vulnerable people all over the world, regardless of their race, religion, gender or location. Whether it’s someone in need in Mosul or Manchester, Human Appeal aims to provide support in every crisis. 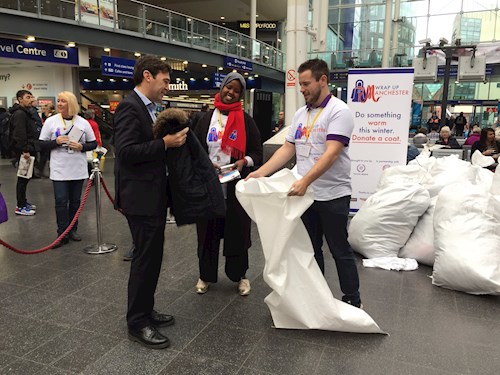 If you have an old coat that you no longer wear, visit one of our collection points or print off a free CollectPlus label and donate it to someone in need. We’ll be distributing all the coats we receive to the homeless, refugees, the elderly, vulnerable children and women fleeing domestic violence.

Together, we can keep thousands of vulnerable people in Greater Manchester and beyond warm this winter.

Read more about Wrap Up Manchester

Remember that you can spread the word about our campaign by using #WrapUpMcr and @humanappeal on social media.