Human Appeal, one of the UK’s fastest growing NGO’s, has launched an emergency appeal for aid to fight famine conditions currently affecting the Horn of Africa.

In Somalia and Kenya, a long-term and severe drought combined with a lack of grain aid due to interruption of supplies from Ukraine are combining to create an emergency need for food supplies. This situation has been exacerbated by recent low rainfall which has sharpened drought conditions in the entire region.

Human Appeal’s mission is to be there for every human being, helping to alleviate poverty and suffering. It is dramatically escalating its aid efforts to the region, where media reports that a human is dying of hunger every 48 seconds. The area has 18 million people immediately facing the threats of starvation or malnutrition according to the UN OCHA.

The NGO will shortly dispatch a team to the region to conduct an urgent humanitarian emergency assessment, allowing the organisation to coordinate and target immediate relief efforts through effective distribution of food parcels and malnutrition packs within each country.

Human Appeal has been actively involved in East Africa since its inception some 30 years ago. In Somalia, its work has focused on supporting people with food parcels and medical aid, as well as longer term projects promoting sustainable livelihoods for farmers.

Raya Homsi, Institutional Funding Manager of Human Appeal, comments, “The situation in these countries has been incredibly difficult for some time, but the ongoing lack of rainfall alongside the worldwide grain shortage have combined to make circumstances in the region reach an acute humanitarian crisis. It is imperative that assistance reaches these countries swiftly to stop this widespread malnutrition and hunger which is killing people at an alarming rate. We must act swiftly, or this could become one of the greatest humanitarian aid tragedies in recent times.”

For more information or to support Human Appeal’s efforts, please go to www.humanappeal.org.uk 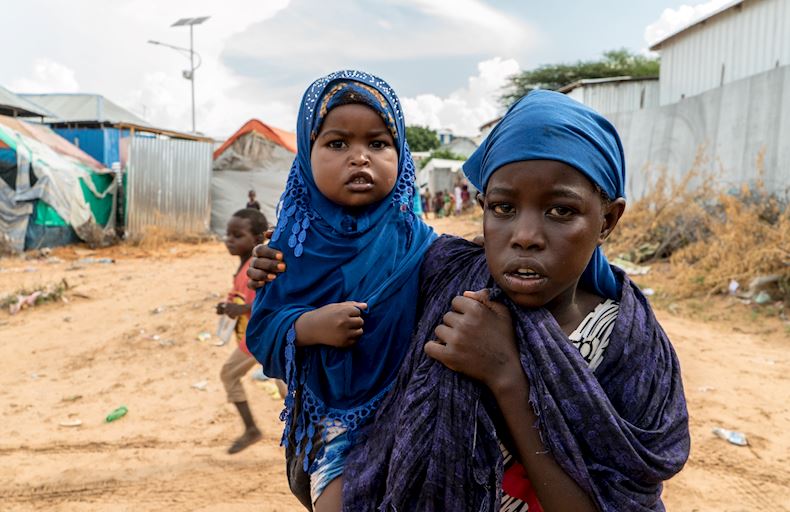 Human Appeal (registered charity 1154288) is a fully independent British development and relief NGO based in Manchester, UK. It was established in 1991 and runs targeted poverty relief programmes in collaboration with global organisations like the United Nations. Its mission is to save lives through emergency response and sustainable development programmes, across over 25 countries worldwide. Human Appeal does not operate under any other name, there are no alternative versions of the official name and its only official logo is detailed on its website only.