The olive tree project is supported by Human Appeal France, The Palestinian Hydrological Group (PHG), and Zakat Al Quds, a Palestinian charitable foundation operating under the supervision of the Jordanian Ministry of Islamic endowments. In total, the project will assist in the cultivation of 200 dunums of land (with an average of 15 – 16 seedlings per dunum) across 20 localities in the West Bank, directly supporting the incomes of nearly 200 farmers and 1200 individual beneficiaries . Once harvested, the initial plantation is expected to yield approx. 4000kg of olive oil.

Olive farms in Jerusalem, Tubas, Salfit, Bethlehem, Hebron, and Tulkarem will benefit from the project and receive the support of experts from Human Appeal France, Zakat Al Quds charity, the Palestinian Hydrology Group, and the Salfit Agriculture directorate as well as local village councils.

The olive tree project assists the Palestinian National Olive strategy in achieving its goal to plant an additional 50,000 olive trees in Palestine over five years. With olive seedlings bearing fruit after one year of plantation, the project will have a positive impact on the target beneficiaries’ livelihoods for many years to come.

“When seeking to provide urgently needed support it is vital that we also consider providing long-term support to help the population to help themselves. Planting these olive saplings is more than securing land for agriculture and supplying a crop which will help these recipients to support themselves into the future, it is also an important symbol of regrowth for the region,” said Mohamad Yousef, Head of Human Appeal France.

The olive oil industry makes up 25% of the agricultural income for Palestinians and supports the livelihoods of approximately 100,000 families. The value-added of the associated olive oil industry reaches an average of USD 5.4 million per year according to data from the Palestinian Olive Council.

Since olive trees are native, typically rainfed, and tolerant to difficult weather, high salty water and poor soil conditions, they are considered the best adoptive measure given the deteriorated water situation in the West Bank. 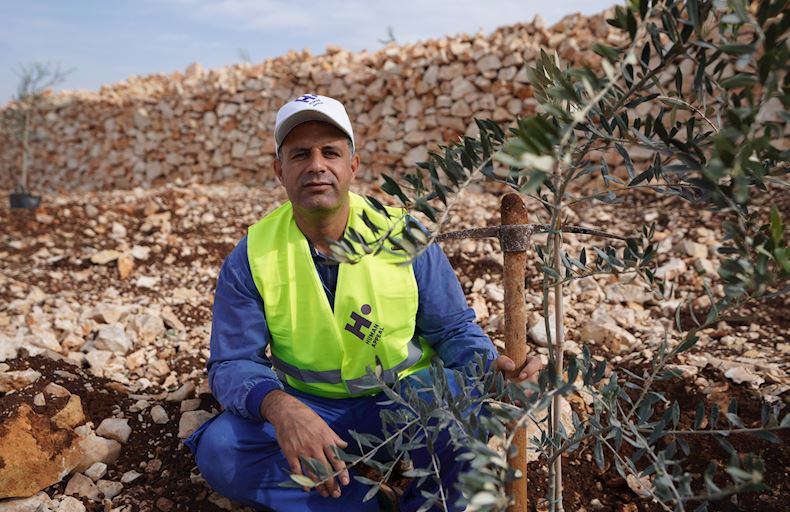 Human Appeal does not operate under any other name, there are no alternative versions of the official name and its only official logo is detailed on its website only.