The Big Wrap Up

The COVID-19 post pandemic is still creating difficulties for many charities who are increasingly needed as a new era of hardship hits many in the UK, Human Appeal like many other charities are battling through operational challenges to help those in most need, especially this forthcoming winter.

Human Appeal is refusing to lower its ambitions, and for the 6th year will be running its annual ‘Wrap Up’ campaign in partnership with Hands on London, collecting coats across major cities in the UK to donate to the homeless, refugees, people fleeing domestic violence, and other vulnerable people.

The campaign is based on the fact nearly everybody has a spare coat they don’t use. Over 230,000 coats have been collected and distributed across the country since the Wrap Up campaign started.

The charity Human Appeal have announced various UK locations as drop off points for people to donate their coats. All locations will be ensuring that the campaign is fully COVID-compliant by providing containers for contactless drop-off and quarantining coats for 72 hours before they are passed on.

The Wrap Up campaign has now launched, drop off points include various Safestores as well as other community venues. Times and drop off points can be found on the Human Appeal website https://humanappeal.org.uk/appeals/wrap-up

Abid Shah, Human Appeal’s UK Programmes Manager said: “It’s difficult to know precisely how many people are homeless at any given time. We knew that Wrap Up would be much more of a challenge to organise this year, but that’s nothing compared to the challenges people across the UK are facing because of the pandemic and now the long road back to building up their lives in a post pandemic world. With economic uncertainty and possible restriction this winter, the need for Wrap Up has never been greater and Human Appeal stands ready to help as always.

“That spare coat you never wear, that’s been hanging in the same spot for months, could be someone’s lifeline this winter. So we are asking for people to pop down to their local drop-off point and make a difference.”

More about Human Appeal’s Wrap Up campaign can be found at https://humanappeal.org.uk/appeals/wrap-up 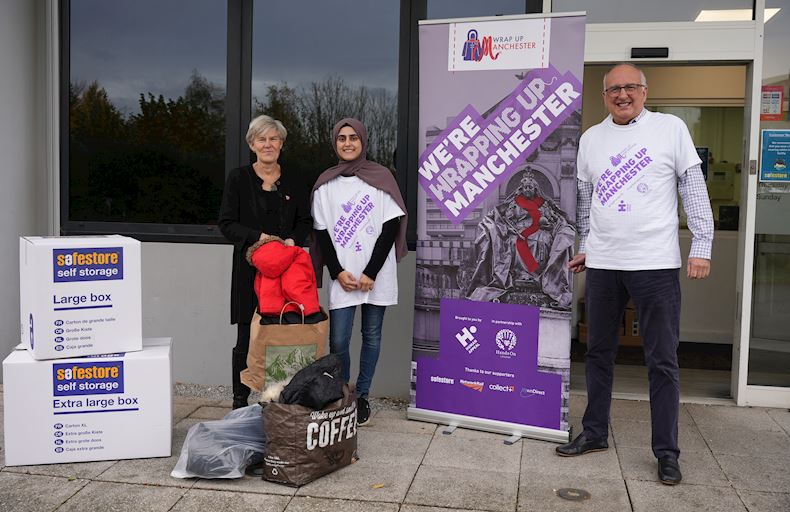