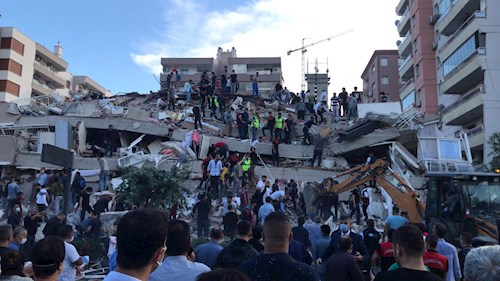 A magnitude 7.0 earthquake that was felt in both Athens and Istanbul has struck just off the coast of the Turkish port city of Izmir, the country’s third largest city. The earthquake also caused a mini-tsunami that has flooded Izmir.

Initial reports say that around 20 buildings have collapsed, with around 70 people rescued from the rubble so far and over 100 people injured. Tragically, four people have lost their lives so far.

Human Appeal is in contact with our partners in Turkey, the Turkish Red Crescent, and we are assessing our ability to respond as soon as possible.

“Our thoughts and prayers are with the people of Izmir and everyone affected by this terrible earthquake. The scale of the damage and loss is not yet known, however at Human Appeal we are committed to doing what we can to help people both immediately and in rebuilding their lives and their city afterwards.”