Musa and the day of Ashura

Musa and the day of Ashura 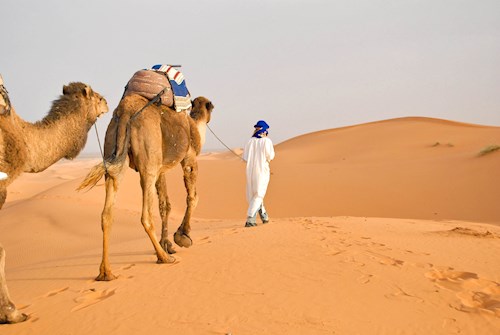 The blessed, exceptional Day of Ashura is this Saturday, 29th August. It’s a day we should dedicate to prayers, charity, and fasting, which reap beautiful blessings.

“Whoever fasts ‘Ashura’ it is as if he has fasted the entire year. And whoever gives charity on this day it is like the charity of an entire year.” (Ibn Rajab)

The origins of the Day of Ashura

It was on the Day of Ashura when Musa AS and Bani Israel were saved from Pharaoh and his army.

Musa (AS) story is very prominent in the Quran, and it offers many lessons on dealing with struggles in our lives.

The ruler of the time, Pharaoh, spread corruption, violence, and blasphemy. He even went as far as to kill all first-born sons and to declare himself a god. When Musa (AS) tried to convince Pharaoh to change his ways and worship Allah, Pharaoh responded with arrogance and violence.

On the Day of Ashura, with the powerful Pharaoh and his army chasing Musa and Bani Israel, Musa was steadfast and trusted in Allah SWT. At that moment, he called out to Allah and made a very powerful dua:

Musa was rewarded and vindicated, as Allah parted the Red Sea so that they could pass to safety, and then submerged Pharaoh and his army in the sea.

Part of victory is belief, belief in the unseen, we may not understand it, but we all know it's real. If Allah SWT, Lord of the worlds, can split the sea in half for Musa (as), surely He can ease your struggles too.

The wind may be blowing intensely, and there may be an army of demons in your path, but the wind will settle, and the demons will flee, your storm will soon reach its calm, and the sky will clear.

The legacy of Ashura

When Prophet Muhammad (PBUH) migrated to Medina, he found the Jewish community fasting on the Day of Ashura. They were fasting to commemorate the day that God saved the prophet Musa (AS) and Bani Israel from their enemies.

The Prophet (PBUH) said, “We have more of a right to Musa than you,” and so he ordered the Muslims to fast on that day. (Bukhari)

This Saturday, remember to fast, offer extra prayers, and give in charity to reap the blessings of the Day of Ashura.

The Messenger (PBUH) told us that fasting on this day, “expiates the sins of the past year.” (Muslim)

You can donate to our Gaza emergency appeal, which is providing critical medicines to overwhelmed hospitals, and cleaning the entire water network in Gaza, helping to fight disease, infections, and COVID-19.

This Saturday, honour Musa’s (AS) steadfastness, sacrifice, and submission to Allah.