Ten things to sacrifice for the sake of Allah 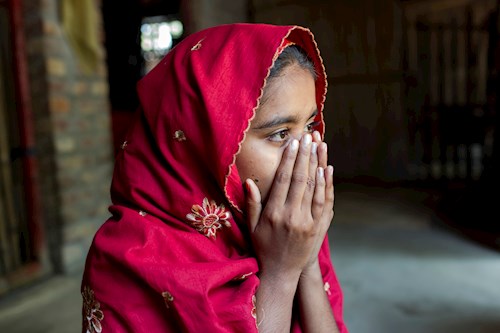 The sacrifices of Hajar and Ibrahim (AS)

Ibrahim (AS) made many huge sacrifices for the sake of Allah. He earned the title of Khalilullah - friend of Allah – because of his exemplary obedience and surrender to Allah.

During Hajj, pilgrims perform two manasik (rites) that honor Ibrahim and Hajar’s sacrifices for the sake of Allah:

Ibrahim (AS) had to leave his family to Allah’s mercy, abandoning his wife, Hajar and their son, Ismail (AS), in the desert. Hajar made a great sacrifice, agreeing to remain in the desert in submission to Allah, recognizing that He is the source of all provision. Hajar ran between hills looking for water, and Allah caused the spring of Zamzam to gush forth.

Each Hajj, pilgrims run between Safa and Marwa to remember her sacrifice, patience, and her trust in Allah.

When Ismail learned of his father’s dream, he believed it to be a command from Allah, and agreed to lay down his life for Allah’s sake. Ibrahim put on a blindfold so that he would not have to witness harming his beloved son. He performed the sacrifice and removed the blindfold to

find Ismail was unharmed; at the last moment, he had been replaced by a ram. Allah assured Ibrahim that he had passed His test of obedience.

To this day, Muslims sacrifice an animal on the day of Eid al-Adha – and during the Hajj pilgrimage – to commemorate the sacrifice of Ibrahim (AS) for the sake of Allah.

The histories of the prophets and their families are not mere stories. We are meant to take lessons from them and implement them in our own lives.

Continue the legacy of Ibrahim. Practice sacrifice in your day to day life, with the following 9 suggestions:

9 things to give up for the sake of Allah

“Indeed, Allah has purchased from the believers their lives and their properties [in exchange] for that they will have Paradise…” (Quran 9:111)

Allah has given us wealth in different forms, such as, money, property, and jewellery. He instructs us to sacrifice those in exchange for paradise. We purify our wealth by giving Zakat, but we can also choose to give Sadaqah. We can choose to give from what we have in order to build wells, fight sickness, and support those fleeing wars. We give up our money for the sake of Allah and in return, Allah offers us Jannah. What a beautiful promise!

Some people tell big lies. Some people tell what they call “little white lies.” Others lie while joking and don’t consider these to be lies at all. The Prophet (PBUH) used to refrain from telling lies, even while joking, and in order to encourage us to follow this beautiful Sunnah, he tells us that if we refrain from lying even while joking, Allah will reward us with a house in the middle of paradise. What a valuable reward for a small sacrifice! Allah is truly Al-Kareem, The Most Generous.

The two things listed above, arguing and lying, are both part of bad character along with other bad traits, such as cheating, treating people with contempt, and being unkind to poor people and orphans. Leaving behind these vices and making the intention to purify our hearts and consequently, our actions is an act of worship that is greatly rewarded by Allah.

When we make the intention to purify our character for the sake of Allah, we are essentially choosing the hardship of self-rectification over the comfort of remaining in old unhealthy patterns of behaviour. It is easy to be selfish, it is difficult to be generous. It is easy to cheat someone, is more difficult to make an honest living. That is what makes it a sacrifice. And in return for this sacrifice, we get a house in the highest part of Paradise. Allahu Akbar!

The nafs is our lower self/ego, which causes bad character. The nafs commands us to evil. It wants us to sin. It wants us to argue with others. It wants to win no matter the cost. Ego can easily make us arrogant and selfish, and it can stop us from accepting the truth. If we make the decision to tame our egos for the sake of Allah, He makes the path to self-rectification easy for us. When we take the first step, He comes to welcome us onto the path.

The nafs is also the part of us that wants us to fulfil our desires. Allah commands us to give up fulfilling our desires in a haram way and instead commands us to fulfil them in a halal way. Desires can manifest in a variety of different ways, and many are permissible within Islam, in the right context. So follow the sunnah of the Prophet (SAW) and to do that which is permissible in moderation and within the boundaries set by Allah.

akhirah. To give up such relationships for the sake of Allah is a way to earn Allah’s mercy and pleasure.

This is a simple one to understand. When we fast (in Ramadan or otherwise), we give up our food, drink, and desires for the sake of Allah. We endure long periods of hunger and thirst simply for His sake. And that is why the reward for fasting is so special that Allah rewards it personally on the Day of Judgement. The Day of Arafah falls during the first ten days of Dhul Hijjah, and it is a day that every one of us should take advantage of by fasting, in order to expiate for the past year and the coming year.

When asked about fasting on the Day of Arafah, the Messenger (PBUH) said, "It expiates the sins of the past year and the coming year." (Muslim)

Sometimes we have to give up something or someone we love for the sake of Allah because it is leading us away from Allah. Whether it’s our dream job or a person we love, sometimes the things we love can come between us and Allah. In these cases, difficult choices have to be made. There is good news for the person who takes this difficult step, however:

Abu Qatadah reported: The Prophet (PBUH) said, “Verily, you will never leave anything for the sake of Allah Almighty but that Allah will replace it with something better.” (Aḥmad)

This hadith is full of hope and reassurance. Allah is so Merciful. Not only does Allah give you the equivalent of what you left for His sake, but He gives you BETTER. This principle applies not only to this last point on the list, but to every single one. Whenever you give up something for the sake of Allah, Allah gives you something better. Allahu Akbar!

We may never truly understand just how much our hearts are attached to the dunya until we decide to give it up for the sake of Allah. We can sacrifice the dunya through the simplest acts; give up some of the time you may spend on social media or watching a movie to read Quran and learn about Islam. How about sacrificing some of your sleep and wake up on the time of Tahajjud to talk to Allah subhana wa ta’ala.

May Allah grant us all the ability to have strong faith like Hajar and Ibrahim (AS) and the strength and willingness to give up whatever comes between us and Allah so that we may gain nearness to Him. Ameen!