7 good deeds that have the same reward as Hajj 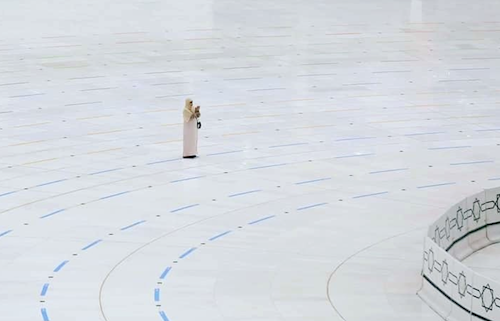 The reward of Hajj

Hajj is the fifth pillar of Islam. It is mandatory for every Muslim perform Hajj once in their lifetime if they can afford it. The reward for an accepted Hajj is beautiful and powerful:

1. Abu Hurairah (RA) reported that the Prophet (PBUH) said: “The performance of Umrah is expiation for the sins committed between it and the previous ones. And the reward of Hajj Mabrur (pilgrimage accepted by Allah) is nothing but Paradise.” (Bukhari)

2. “Whoever performs Hajj and does not commit any obscenity or transgression will return [free from sins] as he was on the day his mother gave birth to him.” (Al-Bukhari)

Hajj is cancelled this year due to COVID-19, but it’s not a reason to despair, because Allah’s mercy is endless. Believers must always optimistically seeking forgiveness from Allah. And there are still plenty of ways to reap the same rewards as Hajj, without even leaving your hometown. Here are seven ways to seek the same blessings as Hajj:

Seven good deeds that have the same reward as Hajj:

1. Remembering Allah from Fajr to sunrise.

Some scholars have also mentioned that a woman may pray in her home and do the same thing mentioned in the hadith to get the same or a similar reward.

It’s tempting to pray Fajr and then jump back into bed, but staying a few moments longer to do dhikr while waiting for salatul Ishraq (sunrise prayer) will earn us the incredible reward of Hajj and Umrah.

2. Going to the masjid for congregational prayer.

In another hadith, Abu Dharr (RA) narrated that a group of the Companions came to the Prophet (PBUH) and said, “O Messenger of Allah, the wealthy people will have higher grades and will have permanent enjoyment and they pray like us and fast as we do. They have more money, which they give in charity.” The Prophet (PBUH) replied: “Has Allah not rendered for you the ‘Isha prayer in congregation equal to Hajj, and the Fajr prayer in congregation equal to ‘Umrah?” (Muslim)

SubhanAllah, no matter our means, Allah has provided us with ways to easily seek his mercy.

A Sahabi by the name of Sa`id bin al-Musayyib reported that performing the Friday Prayer is “more beloved to me than a Nafl (supererogatory) Hajj.”

Only Allah knows the exact reward for Friday prayer, but the fact that it was more beloved to a companion of the Prophet (PBUH) than performing an extra Hajj speaks volumes about its importance.

Eid Al-Adha is around the corner! Make sure that you attend Eid prayer safely, and set your intention to reap the reward of Hajj. Tell your whole family too!

5. Learning and teaching in the masjid

Abu Umamah (RA) reported that the Prophet (PBUH) said: “Whoever goes to the mosque not desiring except to learn or teach what is good has the reward of a pilgrim who completed his Hajj.” (Tabarani)

Sometimes when we hear of a class taking place in our local masjid, we may feel like it’s not necessary, or that we don’t need the lesson. But the reward for seeking knowledge doesn’t depend on what you already know, but the desire to learn. Make the most of any opportunity to learn at the mosque, and, inshaAllah, you’ll gain the reward of Hajj.

6. Being good to your parents

The Messenger (PBUH) commanded one of the Companions to be good to his mother. If you do so, he said: “You are a Hajj pilgrim, a person performing `Umrah and someone striving for the sake of Allah (mujahid).”

Parents – and especially mothers – undoubtedly have a very high rank in Islam. To serve them and be good to them can earn one the reward of Hajj. How generous is Allah (SWT) who has placed opportunities for us everywhere to earn His forgiveness!

7. Fulfilling the needs of your Muslim brother or sister

The 7th Century scholar, Hasan al-Basri, (Allah have mercy on him) said, “Going to fulfil the need of your brother is better for you than performing Hajj after Hajj.”

What an underestimated act of goodness! We often think of worship as something strictly between us and Allah, but worship is also the things we do for Allah’s creation for the sake of Allah.

This Dhul Hijjah, there are so many people who are struggling to access food, healthcare, and safety. Give your Qurbani and help us to fight malnutrition, and support our long-term transformative that empower local communities with education, healthcare, and clean water.

May Allah subhana wa ta’ala allow us to take advantage of this blessed month of Dhul Hijjah and the beautiful opportunities that He has created for reward and mercy. May Allah forgive us, elevate our ranks in the heavens, and grant us all the reward of an accepted Hajj one day. Ameen.