90% of refugees have no electricity

Most of us reach for the light switch or turn on the oven without a second thought. But 90% of displaced families and refugees have no electricity and are unable to heat their shelters, turn on the lights, or cook a hot meal.

For vulnerable families living in camps this winter, this is the dark reality. 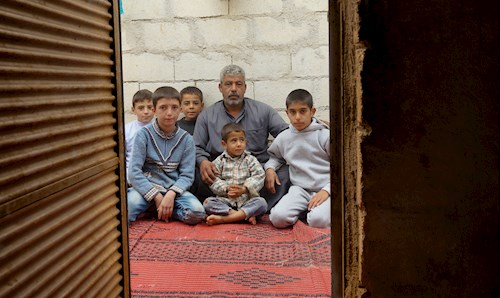 A dark winter in Syria and Lebanon

In Syria, it gets dark by 5pm in winter and temperatures often plummet below freezing. Fuel is rationed and power cuts are common. Syrians queue for hours in the bitter cold for fuel so they can keep their heaters running for a few hours, as rain or snow inundates them.

For the 6.2 million Syrians living in Syria’s displacement camps, winter is darker still. Unable to afford fuel to keep their families warm, they rely on humanitarian aid, and some are forced to burn their possessions, clothing and even plastic items to stay warm, filling their shelters and lungs with dangerous fumes.

Desperate for warmth and light

Anas lives in Al Latamneh village in northern Syria with his wife and five children. They fled airstrikes in their village two and a half years ago, and they have been displaced ever since. For them, winter is almost too difficult to bear.

“We were living in a camp without proper shelter,” explained Anas, “Several times I’ve had to take my children to a hospital that’s miles away for illnesses caused by the cold weather and shortage of heating. We warmed ourselves by cutting tree branches and burning them, along with anything else we could find. But burning dangerous materials caused breathing problems for my family.”

Once there was nothing left to burn to keep warm, Anas decided to return to his village, which was still under attack. He explained he would rather risk an airstrike than force his family to endure the cold. They are now facing their third winter of uncertainty, struggling to survive its harshness without electricity.

Burning plastics, solid fuels, and firewood can kill. Inhaling their toxic fumes – especially inside of shelters without ventilation - not only causes coughing, shortness of breath and dizziness, it can lead to cancer, respiratory diseases and death.

Research by the Chatham House Institute found that a dependency on solid fuels, like charcoal and wood, causes premature death in around 20,000 displaced people each year, mainly women and girls, as well as respiratory and heart conditions affecting children and old people.

No electricity: no work, no rights, no education

A lack of electricity affects a family’s ability to eat and stay warm. But it also prevents them from finding work, accessing their rights, and securing a way out of their hardship.

Without electricity, refugees are unable to start businesses, maintain their studies, or call and find their loved ones. 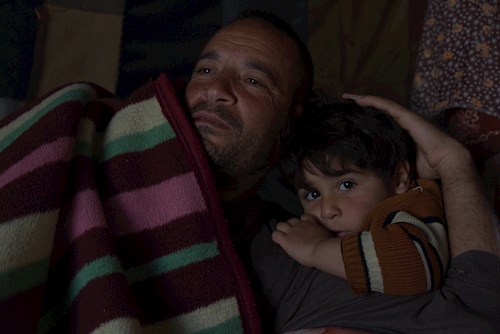 Over the last five years, Human Appeal has provided winter relief to displaced families enduring the bitter season without electricity. We have helped nearly 200,000 people across 11 countries, including 48,955 in Syria and 22,230 in Lebanon.

This year, give £165 and support vulnerable displaced children and their families in Syria with waterproof plastic sheeting, wellington boots, raincoats and waterproof rain wear, as well as warm clothing to keep the cold out all winter.

In Lebanon, give just £70, and provide Syrian refugee families with 40 litres of heating oil, as well as nutritious food like rice, lentils, chickpeas, spaghetti, cheese and vermicelli – enough to last a family-of-six for a whole month.

Each winter, refugees freeze to death

No human being should have to live without electricity. Please help us provide warmth and light to displaced and refugee families over the cold, dark winter months. Donate to our Winter Appeal now.