When is Eid Al Adha?

Here are some more key dates for your 2020 calendar: 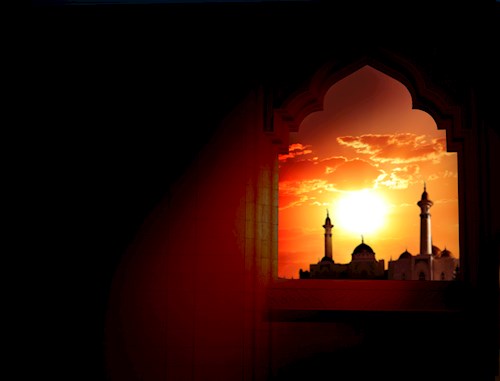 Eid al-Adha is a celebratory day that takes place on the 10th day of the month of Dhul Hijjah, the final month in the Islamic Hijri calendar. During Dhul Hijjah, and particularly on the Day of Arafah, Muslims fast, immerse themselves in worship, and ask Allah for forgiveness .

Muslims perform the spiritual act of Qurbani, sacrificing an animal, during the Eid period, and one third of the meat must go to charity. Today, many Muslims pay for their Qurbani to be carried out in vulnerable communities abroad so that meat from the whole animal be donated vulnerable people, as an extra act of devotion. Qurbani honours the obedience that the prophet Ibrahim (AS) showed to Allah’s command, and by continuing this legacy, we follow in the footsteps of the prophets.

Give your Qurbani through Human Appeal from £26, and continue Ibrahim’s legacy.

Abu Ubaid (RA) narrated, "I was present for Eid with Umar bin Khattab. He started with the prayer before the sermon, and said: 'The Messenger of Allah (saw) forbade fasting on these two days, the Day of Fitr and the Day of Adha. As for the Day of Fitr, it is the day when you break your fast, and on the Day of Adha you eat the meat of your sacrifices.'" (Ibn Majah)

Here are some Sunnah traditions to be performed on the day of Eid to enhance your Eid experience and seek the blessings of Allah:

1. Perform ghusl before the Eid prayer.

As Muslims, hygiene is a fundamental part of our religion.

Ibn Abbas narrated that “TheMessenger of Allah (saw) used to have a bath on the day of Fitr.”

We are encouraged to do the same and to purify ourselves for this holy day.

Nafi’ reported: Abdullah ibn Umar, may Allah be pleased with him, would wear his best clothes on the days of the two Eids. (Ibn Hajar)

It is recommended to eat dates, as was the Sunnah of the Prophet (PBUH) before he left his home for Eid prayer. We should emulate his noble example.

The Prophet used to apply attar – an oil-derived perfume for men – on Eid day; men should follow this Sunnah to ensure they smell pleasant for Eid prayer.

5. Recite the Takbir of Eid.

Recite the Takbir before Eid prayers while at the mosque or on your way there. The Eid Takbir is:

6. Greeting one another and supplicating.

On Eid, we often congratulate each other with greetings such as ‘Eid Mubarak’. However, a better way to do this is to take the examples of the Sahabah. It was narrated by Sayyidina Jubayr ibn Nufayr (RA) that the Sahabah used to greet each other on the day of Eid with the following greeting: ‘Taqabbal Allaahu Minnaa Wa Minka’ which means ‘May Allah accept (the fast and/or worship) from us and from you.’ (Fathul-Bari)

Abir ibn Abdullah reported: "The Prophet, peace and blessings be upon him, would return on the day of Eid by using a different route from which he came."

Eid prayer must not be missed, as it is a fundamental part of Eid festivities.

As narrated by Abdullah bin Umar: “Allah’s Apostle used to offer the prayer of Eid al-Adha and Eid al-Fitr and then deliver the Khutbah after the prayer.’ (Bukhari)

The sacrifice is done after Eid prayer and prior to the end of Tashreeq, which are the three days following Eid al-Adha. This means that your Qurbani must be performed by sunset on the fourth day of Eid. If you aren’t personally sacrificing the animal, make sure to give your Qurbani as early as possible so that it is received in time and carried out on the days of Eid. Human Appeal can perform your Qurbani for you from just £26.

The Prophet (PBUH) would go out on the days of Eid and lead the prayer. When the he finished the prayer and invoked peace, he would stand and turn to people while they were sitting in their places of prayer. If he needed to dispatch an expedition, he would mention it to the people. If he had another need, he would order them regarding it. The Prophet would say three times, “Give in charity.” The women would give the most of those who gave, and then the Prophet would return. (Muslim)

All of us here at Human Appeal would like to take this opportunity to wish you a beautiful beginning to the Dhul Hijjah period. We pray that Allah brings you ease, protects your health, and keeps you steadfast in your worship for Him.