Ibn Qayyim:”If the Night of Qadr was some night during the entire year, I’d stand in night prayer the entire year to get it. So what do you suppose should be done for merely ten nights? 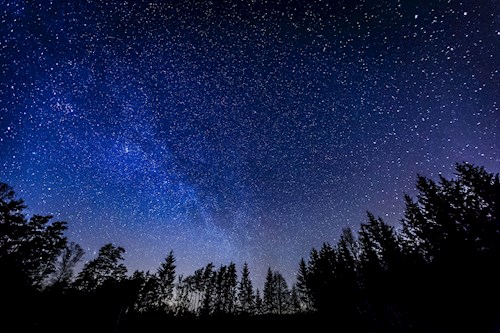 Imagine you uncover a cave that is filled with the most precious jewels and rubies, at every turn and in every crevice there is something precious to be unearthed. Now imagine within this cave, there is one precious gem within this cave that is so rare its value will be more than every jewel combined. This parable is akin to the blessed night of Laylat-ul-Qadr during the blessed month of Ramadan, but greater.

“If the Night of Qadr was some night during the entire year, I’d stand in night prayer the entire year to get it. So what do you suppose should be done for merely ten nights?” [Ibn Qayyim (rh)]

Laylat-ul-Qadr, also known as The Night of Power or Destiny, is found in the final 10 nights of Ramadan, particularly on an odd night. It is highly likely to fall on the 21st, 23rd, 25th, 27th or 29th night of Ramadan. There are a plethora of spiritual rewards and blessings during this night. During Laylat-ul-Qadr, the spiritual rewards are mighty, it is a night that is better than 1000 months which equates to 83 years of worship.

What does Allah say about Laylat-ul-Qadr?

“The Night of Destiny is better than a thousand months. The angels and the Spirit descend therein by permission of their Lord for every matter. Peace it is until the emergence of dawn.” [Quran 97: 3-5]

Ibn Katheer (rh) elaborates in his tafseer of the above verse: “This means that the descending of the angels increases during this night due to the vast amount of its blessings. And the angels descend along with the descent of blessing and mercy, just as they descend during the time when the Qur'an is recited and encompass the gatherings in which Allah is remembered and spread their wings for the true seeker of knowledge, showing respect for him." [Tafseer Ibn Katheer: (8/465)]

Imagine having a gathering, whether it is between you and a group of people, or just you and Allah, enveloped by a crowd of Angels. Such is the remarkable experience of Laylat-ul-Qadr, to worship joyfully alongside feeling a spiritual growth.

What is special about Laylat-ul-Qadr?

“Whoever prays during the night of Qadr with faith and hoping for its reward will have all of his previous sins forgiven.” [Bukhari and Muslim]

Our Prophet (saw) advised us to not be heedless of this night due to the weight of its fruitful rewards and importance. Fasting, praying, seeking repentance and charity are deeds that are encouraged to be performed. Donating a small amount regularly in the final 10 nights of Ramadan is a great practice. By doing so, you’re guaranteed to hit. You can automate your donations over these final days of Ramadan using My Ten Nights. Such a small deed can earn you big rewards.

There are numerous hadith about the night of Laylat-ul-Qadr, with the strongest opinion being that it falls on an odd night in the final ten nights. There are strong indications from some hadith that it falls on the 27th night. Nevertheless, it is our duty that we continue to ‘search’ for this night within every odd night, as if it is a secret from the heavens awaiting to be discovered through continuous remembrance of Allah (swt).

Abu Hurairah (ra) narrated that Prophet (saw) said:"Whoever stands (in qiyaam) in Laylatul-Qadr [and it is facilitated for him] out of faith and expectation (of Allah's reward), will have all of his previous sins forgiven." [Al-Bukhari and Muslim]

The above hadith shows the high value of such a blessed night, such that it is encouraged for us to stand for the night prayer in solitude with Allah (swt). The night itself is of high importance, so we are advised to make use of every minute through continuous worship.

What is the du’a for Laylat-ul-Qadr?

Aa’isha (ra) said: “I said, ‘O Messenger of Allah, if I know which night is Laylat al-Qadr, what should I say on that night?’ He said, ‘Say: Allaahummainnaka ‘afuwwuntuhibb al-‘afwafa’affu ‘anni(O Allah, You are forgiving and You love forgiveness, so forgive me).” [Tirmidhi]

A special event on the night of Laylat-ul-Qadr is of when Allah descends after the 1st third of the night and He asks:

This is how high the rank of importance the night holds, such that Allah (swt) enquires about the one who is supplicating to Him. Allah (swt) offers His aid, His forgiveness, His mercy and Divine goodness all in our favour.

Tip: Remember what you do of good deeds, do it for Allah and always remain hopeful.

Run to the bounty of virtue this night contains before it passes, we do not know if we will be there to witness the next year.