Rohingya Fear Myanmar Will Not Be Safe For Them, Amidst Tomorrow’s Forced Returns, says UK NGO

Human Appeal, one of the leading UK NGOs working with Rohingya refugees in Bangladesh and Rohingya IDPs within Myanmar, have said in response to the news that the Bangladeshi government are planning to send back 4,355 Rohingya to Myanmar that most of the refugees they have spoken to are reluctant to go back. The agreement between the governments of Bangladesh and Myanmar could see Rohingyas being sent back as soon as today Thursday 15th November 2018. 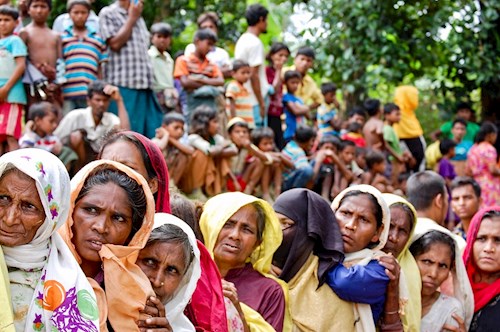 “Whilst the UK is completely consumed by Brexit, in Bangladesh people who were victims of what the UN described as a genocide, are going to be forced to return to the place where they escaped from in fear of their lives. And this will start tomorrow.

“Every Rohingya I have spoken to, I asked the same question – do you want to return to Myanmar one day? Uniformly the answer was “one day, but only when it is safe to return.” Following what happened just over a year ago, many struggle to see how it will ever be safe for them to return. No one I have spoken to feels it is currently safe for them. We believe that any deportation of Rohingya refugees back to Myanmar will be, by in large, against their will.

“Muojoma Begum, another Rohingya mother said “I feel safe here. In Burma, they were trying to scare us away. If they hadn’t scared us away, they would kill us."

“And Kamal Horsen, a father with a young family who escaped to Bangladesh in September 2017, said “I feel safe here, we are not a minority here, we don’t have to worry about being shot, we don’t have to worry about being burnt in our homes. I would like to go back to Burma, but only if they stop burning our homes, only if we feel safe and only if we get equal rights.” These are just three examples of countless Rohingya who have severe concerns for their safety if they are forced to return, but the reality is that they are being forced to go back to their homeland where they fear their lives are in grave danger.”

Human Appeal are one of the leading NGOs providing food, access to clean water and education for Rohingya refugees in the Cox’s Bazaar camps in Bangladesh and IDP camps within Sittwe, Rakhine State, Myanmar. This year alone they have provided food for 21,000 Rohingya, medical aid for 16,500 Rohingya and installed clean water wells throughout the makeshift refugee camps.

For images to accompany this story please see: https://media.humanappeal.net/?c=843&k=c99fb7b0da