Islamic New Year - What’s So Special About It?

Virtues of the Islamic New Year

Imagine a month so special. One of the greatest miracles performed by Allah happened in this month. A month in which the Ocean split open. A month in which the Muslims migrated from Makkah to Madinah, an event so historic, it started the Islamic calendar by the second caliph of Islam, Umar (ra).

Ibn Hajar narrates in his fath al-bari that Umar (ra) said “The Hijrah has separated truth from falsehood, therefore, let it become the Epoch of the Era”. 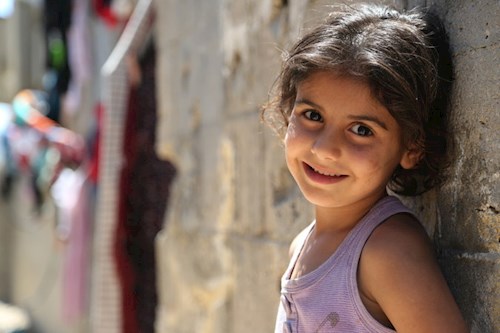 Welcome to the Month of Muharram

This month reminds us of the journey through this life in a practical and spiritual sense. It helps us realign ourselves, as we realise we have been blessed to witness the beginning of the year, an opportunity to earn more good deeds and recalibrate internally as we reflect on the significance of this blessed month.

The event of the Hijrah, the migration of the Prophet Muhammad (saw) from Makkah to Madinah in 622 CE, was chosen to begin the Islamic Calendar because it was the first major sacrifice made by Muslims at the time for the preservation of Islam in its formative years. The Hijrah year allows Muslims to reflect every year of the sacrifices made by the first Muslims, thus allowing us in time period to do the same. The use of the Hijri Calendar gives us the opportunity to work on our acts of worship and gives a frame of reference to key historical events that help Muslims develop understanding of their roots and promote the seeking of knowledge of their religion and history.

There are some special months highlighted in the Quran that allow us to contemplate on these blessed times.

“Surely the number of months in the sight of Allah is twelve, in accordance with His decree from the day He created the heavens and the earth, out of which four are sacred” [9:36].

Imagine the army of the greatest tyrant that walked the earth, strong and powerful, chasing and intimidating a fleeing, weak group of people. They are now at the juncture of the Red Sea. In this moment you would assume the strongest in strength would win and the weak would be defeated. But, do you think Allah would include this story without purpose? No. Within a situation that seems so hard and difficult, where the odds are stacked against you, if you place your trust in Him; you can see miracles manifest before your eyes.

Reflect for a moment, Allah put Musa (as) head to head with Firawn, one was one of the most incredible human beings to walk the earth and other was his polar opposite, the biggest tyrant in history. He met his match. And look how it ended. At the Red Sea, Musa (as) saw the crushing waves in front of him and the army approaching behind him. The situation looked impossible, he could have put his hands up and surrendered to the army, but instead he surrendered to Allah. In that moment, just as swiftly as a bird glides through the sky, Allah, Lord of the sea, parted it. Right before everyone’s eyes. It parted.

Fasting on the 10thof Muharram

Ibn Abbas (ra) relates that when Prophet Muhammad (sallalahu alayhi wa sallam) migrated to Madinah, he found the Jews fasting on the Day of ‘Ashura. When asked for the reason of their fasting, they replied that it was the day when Allah saved the Prophet Musa (Moses) (as) and the Children of Israel from their enemies. Prophet Musa (as) fasted to thank Allah and they fasted in emulation of him. So, the Prophet (sallalahu alayhi wa sallam) said “We have more of a right to Musa than you,” and so he ordered the Muslims to fast on that day [Bukhari & Muslim].

This month is one of growth and sacrifice, bravery and tawakkul. We will see that this month offers us many glimpses into the reality of when a believer puts their complete trust and reliance in Allah. Yes, it is normal to be scared, to fear the unknown, but when you realise that Allah is greater than any obstacle in your life, you win.

If we reflect on the story of Musa (as) especially in this month, we can learn about our true state as believers. Vulnerable. If you are going through a test and you feel as though you are drowning, look at your own Red Sea, and have full conviction that help is coming. Know you are going to be ok. If Allah can split the sea, He can take away your pain and remove your hardship. If He can rescue the Children of Israel, He can rescue you too. The wind may be blowing intensely and there may be an army of demons in your path, a storm of bad circumstances brewing, but the wind will settle, and the demons will flee. Your storm will soon reach it's calm and the rainbow that proceeds will become clear. If your trial seems great, know it is because you *are* great. The precious diamond is formed under intense pressure, know that you too are being formed, for greatness, inshaAllah.

We pray that this Islamic New Year brings nothing but joy and happiness for you and your family. May it allow us all to reflect on the historical stories that took place during this period of time, as a means to have patience and be content in all our affairs ameen.