42 people are as rich as the poorest 3.7 billion

In a report published on Monday, the development charity Oxfam found that 42 people hold as much wealth as the 3.7 billion who make up the poorest half of the world’s population.

Billionaires are being created at a record rate of 1 every 2 days over the past year. This comes at a time when the bottom 50% of world’s population has seen no increase in wealth. Global inequality is at an all-time high as 82% of the global wealth created in 2017 went to the richest 1%.

All over the world, vulnerable families are suffering. A shocking 815 million people go to bed every night on an empty stomach. That’s 1 in every 9 people on earth. Malnutrition affects even more people – 1 in 3.

It’s easy to take for granted that we have clean water to drink. However, 844 million people live without it and are forced to use contaminated water for cooking, washing and drinking. More than 2.3 billion people don’t have access to decent sanitation facilities.

The causes of poverty

There are many complex and intersecting factors that contribute to global poverty, including national debt, the inheritance of poverty and lack of education.

Many of the poorest countries in the world are still suffering from the effects of colonisation, including the systematic extraction of their resources for the benefit of the colonising nation. In many cases, colonisation has created conditions that prevent citizens from being able to adequately support themselves and access resources such as land, capital and education. Although there are notable exceptions, the majority of former colonies struggle with a legacy of poverty. 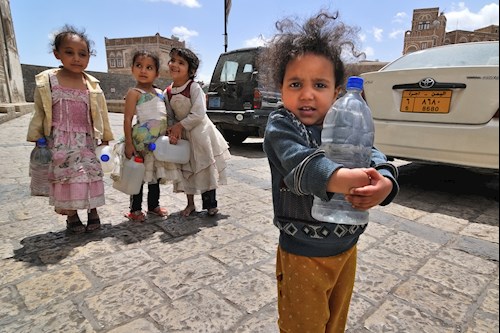 Conflict and political upheaval are major causes of poverty worldwide. In Yemen, Syria, Iraq and Palestine, violence has damaged vital infrastructure and displaced millions of people. Without political stability, there can be no investment in a country’s economy or subsequent economic growth. Homes, schools and medical facilities have been destroyed and there are fears that in these war-torn countries, a lack of access to education will create a whole generation of ‘lost’ children.

In less wealthy counties, natural disasters such as hurricanes, earthquakes and extreme flooding can compound existing poverty and prevent substantial economic growth. Catastrophic natural disasters devastate infrastructure and force families to leave their homes, farmland and possessions behind. Flooding or tsunamis can also facilitate the spread of deadly water-borne diseases like cholera.

Discrimination and social inequality also contribute to poverty as they bar certain groups of people from accessing the tools they need to support themselves. When girls are not permitted to attend school or the education of boys is prioritised over that of girls, girls grow up at a major disadvantage. In certain communities, women are prevented from owning lands and assets and are barred from certain sectors of the workforce. Early marriage and lack of access to adequate healthcare and contraception threatens the wellbeing of girls and women, and can negatively impact on the development of their own children.

Long-term sustainable development solutions are needed to tackle the root causes of global poverty. This is why Human Appeal is providing vulnerable families around the world with much-needed livelihoods support and enabling communities to lift themselves out of poverty. 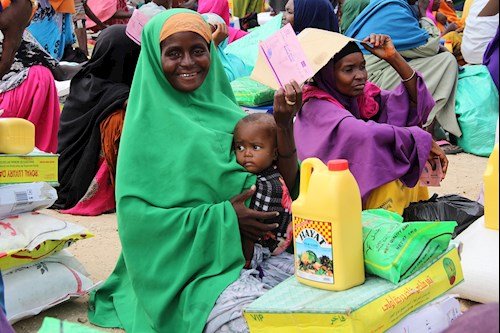 In Palestine, we trained 85 people with disabilities in six different occupations, including carpentry, book binding and furniture upholstery. 74 graduates went on to employment and the furniture made was distributed to poor families within the local community. We also paid tuition fees for 75 students across multiple disciplines, including medicine, science, IT, engineering and the arts, allowing them to access higher education and improve their future job prospects.

For just £20, you can plant an olive tree in Palestine and provide a needy family with a source of income and nutrition that will keep renewing itself for generations to come.

£125 will provide a vulnerable woman with the training she needs to enter the labour market as a seamstress and support her family.

For £350 you can give the gift of a honey bee farm, in your name or the name of a loved one. This will enable a struggling family to become self-sufficient and live a life of dignity.