Hundreds dead as a 7.3 magnitude earthquake strikes the Iran-Iraq border

A powerful earthquake hit the Iran-Iraq border on Sunday 12th November, killing an estimated 400-600 people and injuring a further 7,000. This was the deadliest quake worldwide in 2017.

A state of emergency has been declared in Iraq, as officials continue to assess the aftermath of this disaster. Iraq’s meteorology centre has advised people to stay away from buildings and elevators due to the possibility of aftershocks.

In the Sulaymaniyah and Halabja Governorates, hundreds of homes have been completely destroyed. The town of Darbandikan is believed to be the worst affected, with schools and the local hospital sustaining damage.

Entire streets have been reduced to rubble. Families are sleeping out in the open air, unable to go home because their neighborhoods have been destroyed. This disaster has shattered the lives of thousands of Iraqi people, many of them already living in poverty and struggling to survive day-to-day. 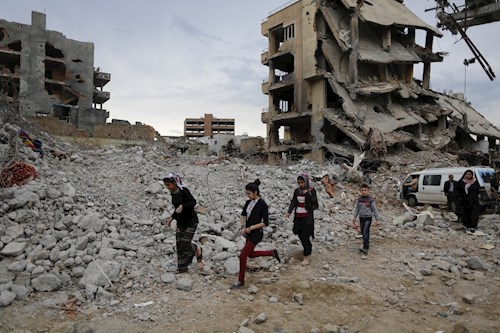 Landslides have made it more difficult for rescue teams to reach those affected in rural areas. There are also fears that a dam could burst after being damaged by the earthquake, and cause more damage to homes and infrastructure. An estimated 400 people living near the dam have reportedly been asked to leave the area.

Human Appeal has a strong presence in Iraq and was the first NGO working in West Mosul after it was retaken by government forces. Our dedicated team are responding to this latest crisis on the ground, providing lifesaving support to affected families.

Omar Ali, our Iraq Country Director, was in a 19 storey building in Erbil when the earthquake hit. Omar and his team were one of the first units on the scene, distributing emergency aid to victims.

Our aid efforts will focus on the badly affected are of Darkbandikan, where we’ve already deployed mobile medical teams to assist the injured. We’re currently undertaking damage assessments of homes and public infrastructure. We’re also in discussion with local authorities, who are setting up a committee with representatives from each directorate to help coordinate the aid response. 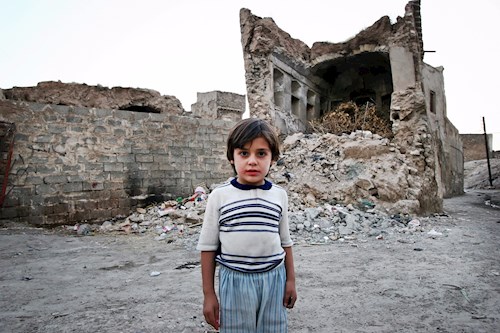 Hundreds of families have been made homeless by this devastating earthquake and many people have lost loved ones. Others are injured and have nowhere to go for treatment because local hospitals have been damaged. We need your help to rebuild communities and restore stability to the lives of those who have been affected by this disaster.

For just £100, you can provide a family of four with an emergency kit that contains food, clean water and basic medical supplies.

You can change a precious life today.