International Day for the Eradication of Poverty: 10 countries with a poverty crisis

On Tuesday 17th October, we recognise the International Day for the Eradication of Poverty and remember those who live in the poorest countries worldwide. This is also an opportunity to support and celebrate organisations that work to end poverty, both close to home and further afield.

We all know that poverty is occurring in the world. But where is it happening? We have complied a list of ten countries that are currently experiencing high levels of poverty and depravation, to educate and inform on this important international day.

Poverty and extreme food insecurity is widespread in Eritrea. On the Human Development Index, Eritrea is ranked at 181 out of 187 countries and territories. More than half of the whole country lives below the poverty line and two thirds of households don’t have enough food to eat.

Droughts regularly threaten the lives and livelihoods of the Eritrean people, due to the over-reliance on subsistence farming for survival. Malnutrition is commonplace and most rural families don’t have access to clean water or adequate healthcare. Mandatory military service and frequent bouts of armed violence are big contributory factors to the levels of poverty in Eritrea.

The people of Palestine continue to struggle with the severe restrictions placed on their livelihoods and ability to move freely.  Around 25% of all Palestinians are living in poverty and in Gaza, nearly 40% of people are considered poor. 1.6 million Palestinians aren’t getting enough to eat.  Many families cannot afford to buy food at market prices and end up cutting back on other basic necessities, like medical care or education.

Levels of unemployment in Gaza are among the highest in the world. 42% of adults in Gaza don’t have a job and 60% of young people are unemployed. A shocking half of all people living in Gaza need help to find enough food every day. 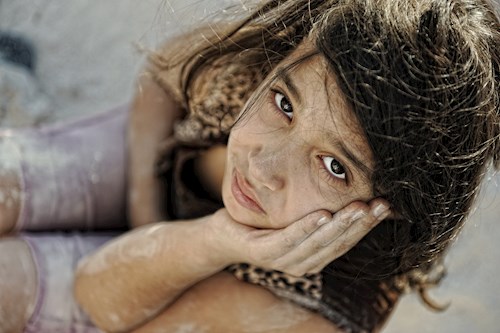 Yemen was one of the poorest countries in the Middle East even before violence broke out in 2015. The conflict has caused the deaths of thousands of innocent civilians and displaced more than 3 million people. 60% of Yemen’s population are food insecure and the country stands on the brink of a devastating famine.

The rapid growth of the population in Niger continues to have a profound effect on poverty and food insecurity across the country. 1.5 million people are chronically food insecure and this figure rises during periods where there isn’t enough rainfall to irrigate arable land.

In rural areas, poverty and hunger disproportionately affect women due to entrenched gender inequality. Almost 45% of women are anaemic because they cannot access the necessary vitamins and minerals. Chronic malnutrition is a serious problem in Niger and affects 42.2% of all children under 5, leading to stunted growth and other developmental issues.

Drought has once again threatened lives and livelihoods in Somalia. Families rely on subsistence farming for survival and months of low rainfall have resulted in crop failure, a lack of rural employment opportunities and the widespread death of livestock. Without rainfall, Somali farmers are plunged into deep poverty. 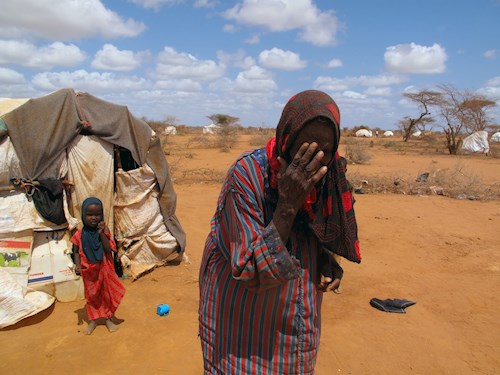 Data gathered in September 2017 shows that more than 3 million people in Somalia are currently food insecure. Another 800,000 people are sliding into famine. 388,000 children under the age of 5 are acutely malnourished and 87,000 of them face a high risk of death.

Myanmar, formerly known as Burma, is one of the least developed countries in the world. 37.5% of the population – around 20 million people – live below the poverty line. Bouts of intercommunity violence that largely target the Rohingya Muslim population have caused mass displacement and widespread food insecurity. Over the last month, a new security operation carried out against the Rohingya forced 500,000 people to flee their homes. 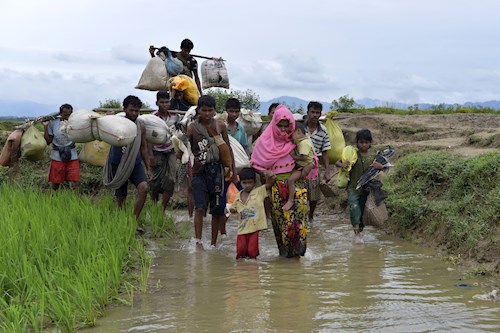 Rates of undernutrition in Myanmar are high, with 1 in 3 children under the age of 5 suffering from chronic malnutrition and growth stunting. Only 16% of children under 2 years old are being fed a minimum acceptable diet. Limited access to healthcare and low levels of maternal education contribute to the crisis of child malnutrition and child mortality.

After years of conflict, Iraq’s development has been rolled back due to economic stagnation, damaged infrastructure, mass displacement and high levels of poverty and food insecurity. Many displaced families are struggling to survive without access to food, clean water or medical care. 11 million people in Iraq are in need of humanitarian assistance.

Food poverty is widespread and households are spending their savings and borrowing money to purchase the little food that is available. At least 800,000 Iraqis are going to bed hungry every day.

Poverty in Pakistan might have fallen in recent years, but 4 out of every 10 Pakistanis still live in acute poverty. The province of Balochistan has the highest levels of multidimensional poverty, while Punjab has the lowest. 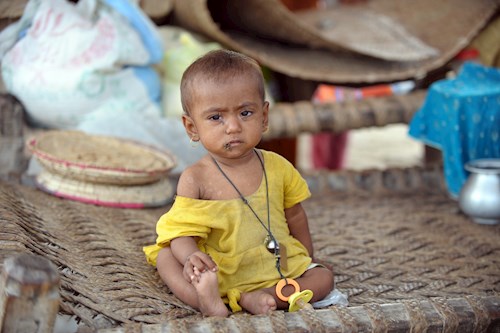 Undernutrition is prevalent in Pakistan, where 22.2 million children and 14.7 million pregnant and lactating women are malnourished. An average Pakistani household will spend over half of their monthly income on food, although this amount rises if families are affected by displacement, flooding or increased food prices.

Since civil war broke out in 2011, Syria has been the site of a brutal conflict that shows no signs of resolution. Six years of violence have caused the largest humanitarian crisis in living memory. Half of Syria’s population has been displaced and the country’s economy is in ruins.

The conflict has resulted in millions of people losing their jobs and their arable lands. The decline in food production and currency inflation has led to rising food prices. 9 million Syrians currently go to bed hungry every night and 7 million are acutely food insecure. According to the World Food Programme, 80% of households are struggling to buy basic foodstuffs. 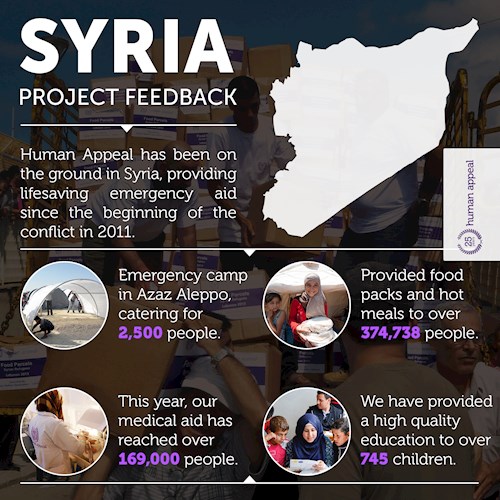 South Sudan only received independent status in 2011 and is one of the youngest countries in the world. However, it’s also one of the least developed and blighted by poverty and food insecurity. 90% of South Sudanese households rely on crop farming, livestock, fishing or forestry. Productivity across these sectors is very low, sabotaged by intercommunity violence, low rainfall and plunging oil prices.

Conflict that began in December 2013 has displaced more than 2.3 million South Sudanese people, forcing them to flee from their homes and farmland.