Human Appeal have announced they have collected over 700 coats and nearly 400 other items such as jumpers, hats, gloves, scarves, blankets, and sleeping bags for people on the streets of Manchester this winter. The collection was part of Human Appeal’s Wrap Up Manchester campaign which ran from the 7th to the 18th November.

Members of the public were asked to donate their unwanted winter coats for those in need this winter, such as homeless people, women who have fled domestic violence, refugees, and the elderly, at one of nine sites across Greater Manchester which were donated for free by Safestore Self Storage, who partnered Human Appeal in the campaign. 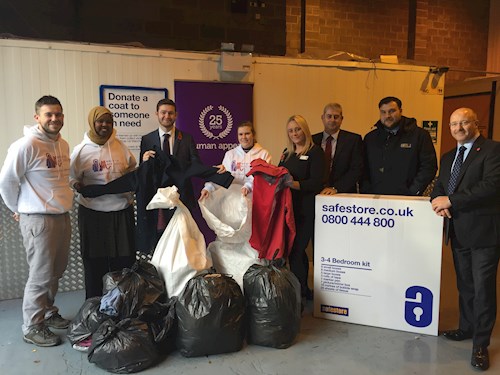 Samra Said, Human Appeal’s UK Project Coordinator explained: "after sorting all the coats, we will take them to places like homeless shelters. From there, people sleeping on the streets will come to one of the shelters where their free coats are and, from there, the people giving out the coats can offer them help with other issues – whether it’s finding somewhere to live, a health issue, a substance abuse issue – anything. Potentially, those of you who have donated a coat haven’t just warmed a soul, but you could have changed a life too.”

Human Appeal, a humanitarian aid charity with headquarters in Cheadle, are also encouraged that the 1,000 items of clothes sorted so far aren’t the only donations for this project. There are still over 250 parcels yet to arrive from CollectPlus who kindly donated 250 labels, free to download and drop off for people to donate to Wrap Up Manchester from other parts of the country. Human Appeal are expecting the number of items donate to exceed well over 1,500.

Human Appeal staff, volunteers and VIP volunteer John Leech, the former MP for Manchester Withington and Lib Dem Councillor on Manchester City Council, sorted through the mountain of bags donated from all around Greater Manchester.

Councillor John Leech said: “It has been truly heartwarming to see the number of donations here today and the effort people have gone to... including dry cleaning!”

"It has really hit home in the last few days with all the bad weather and how cold it has been just how important the work of charities like Human Appeal is, and how incredibly important it is that vulnerable people across Manchester have something warm to wrap up with over the Christmas months."

The campaign itself received cross-party support from political leaders across the city with Labour MPs Jim McMahon OBE and Kate Green and Lib Dem Manchester Mayoral Candidate Cllr Jane Brophy donating coats and throwing their support behind the campaign. 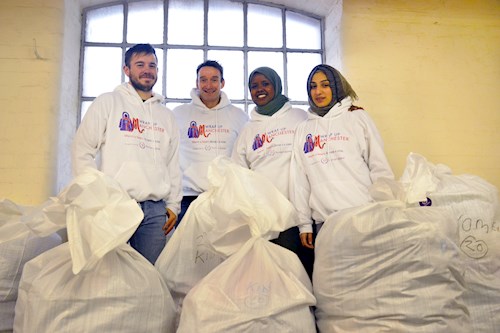 Human Appeal CEO, Othman Moqbel, said of the Wrap Up Manchester Campaign: “Human Appeal helps people in need all across the world, Asia, Africa and here in the UK. Whether it’s a besieged city in Syria or the growing number of homeless people in our home city of Manchester, Human Appeal aims to help in every humanitarian crisis.”