Last month, Othman Moqbel was accompanied by Sir Stephen Bubb, CEO of the Association of Chief executives of Voluntary Organisations (ACEVO) on a visit to our projects in Lebanon.

Lebanon has experienced a huge influx of people fleeing the conflict in Syria, the UNCHR reports there are over a million Syrian refugees in the country. Many have been in the country for months, even years and are becoming increasingly vulnerable as their savings deplete.

Sir Stephen said: “Many of the refugees have been here for so long they need to be supported both in their physical needs but also in education and skills.” 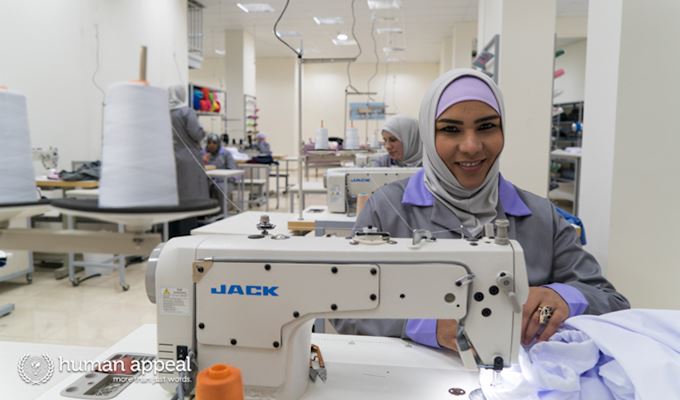 Waiting for the Syrian conflict to end so they can return home is no longer an option for many refugees – people are keen to resume their work and education. Human Appeal is working on both these aspects.

The delegation visited schools, including one specifically for Syrian refugees, and a bakery, which Human Appeal is helping to expand to meet the demands of the growing number of refugees in the area. They also attended the opening of a sewing training centre for women fleeing the conflict in Syria. The Centre, in Sindon, Lebanon, will provide free training to twenty-five women every nine months, allowing them to gain new skills and a sustainable income.

Sir Stephen Bubb told the story of his experience on his blog.