UK and US NGOs in £1.5 million medical delivery inside Ukraine

Human Appeal will be collaborating with the US non-profit Globus Relief to deliver £1.5 million worth of medical supplies inside Ukraine to support the broader medical needs of the population, as well as civilians injured from ongoing bombardments.

Five containers with nearly 3,000 varieties of medical supplies will arrive by air shipment to a neighbouring country and then cross the border by truck and handed over to partners inside Ukraine. Medical supplies are increasingly in scarce supply as 77 attacks on health care facilities in Ukraine have been recorded by the UN World Health Organization since the start of the conflict.

In addition, Human Appeal is supporting temporary civilian shelters inside Ukraine operated by local NGO, the Ukrainian Muslim Women's League. Human Appeal aims to help some 2,700 internally displaced civilians find shelter, food and sanitation as they make their journey away from cities under attack. The temporary shelters are spread across the Ukrainian cities of Chernivtsi, Lviv and Vinnytsia. According to UN estimations, Ukraine has 6.5 million internally displaced people due to the conflict, many of whom need urgent medical attention.

"The humanitarian situation in Ukraine is getting worse with non-stop bombing of civilian areas. More people are evacuating from different towns and villages to relatively safer cities. Many families arrive in these cities seeking shelter and basic food provision. As an international humanitarian organization, we can see the same tragic pattern unfolding in Ukraine that we face in Syria with millions of families bombed, displaced and hungry. It is our responsibility to step up and help," commented Raya Homsi, Institutional Funding Manager at UK NGO Human Appeal.

The announcement of Human Appeal’s latest humanitarian support initiative comes as new research shows there is a low threshold of awareness amongst the UK public for the enormity of the scale of ongoing humanitarian crises worldwide. In a survey conducted by YouGov on behalf of Human Appeal, a quarter of respondents from the UK did not know the scale of humanitarian crises affecting millions of people in long running conflict zones such as Afghanistan, Syria, Yemen and Somalia.

The research was conducted last month to mark the six- and eleven-year anniversaries of the escalation of conflicts in Syria and Yemen. Both long running crises have been worsened by the situation occurring in Ukraine, which supplies significant volumes of grain to both countries.

To support Human Appeal’s efforts, learn more about its projects throughout the globe, please go to www.humanappeal.org.uk 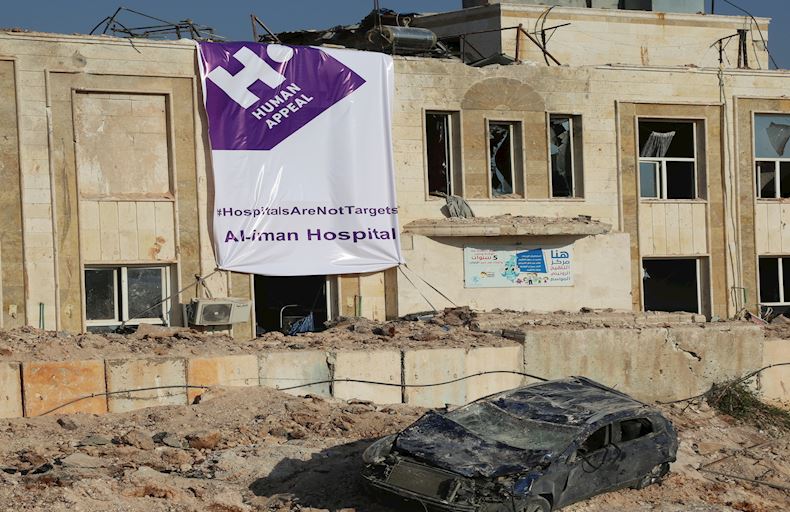 Hospitals are not targets

All figures, unless otherwise stated, are from YouGov Plc. Total sample size was 2078 adults. Fieldwork was undertaken between 16th - 17th March 2022. The survey was carried out online. The figures have been weighted and are representative of all UK adults (aged 18+).

Human Appeal does not operate under any other name, there are no alternative versions of the official name and its only official logo is detailed on its website only.