96% of UK Muslims intend to share food this Ramadan

● New research reveals that more than half of those who observe Ramadan have thrown away food previously.

● Three in four concerned about wasted food during the holy month.

Human Appeal, one of the UK’s fastest growing NGOs, publishes new research today highlighting concerns over wasted food and cost-of-living spending in a survey of the Muslim community in the UK.

Cumulatively, UK households in general across the country contribute to 70% of the UK’s food waste, throwing away 6.6 million tonnes of food, of which 4.5 million tonnes is edible. That amount of edible food would be enough to create an additional 10.5 billion meals, according to WRAP data. (1)

The new research by Human Appeal, released to coincide with the start of Ramadan, is supported by food-sharing app OLIO, and reveals that over three quarters (77%) of UK Muslims are concerned about wasted food during the fasting month of Ramadan, while over half (54%) have thrown away food during the month-long holiday in previous years. Almost nine in 10 (88%) British Muslims believe that wasting food doesn’t reflect the true spirit of Ramadan, and close to the same amount (87%) believe that individuals need to take more responsibility to curb wasted food during the period. With the cost-of-living crisis currently facing the UK, both Human Appeal and OLIO are calling for those observing Ramadan to consider sharing food that may otherwise go to waste. Encouragingly, the study shows that 93% of UK Muslims have previously shared surplus food with neighbours during Ramadan, and although 61% plan to spend less on food this Ramadan, 96% are still willing to share surplus food this year.

Ramadan is commonly referred to as the month of giving mercy and is a particularly charitable time within the Muslim community. Indeed, over 4 in 5 (88%) of those surveyed agreed that wasted food at this time does not reflect the spirit of the month.

An easy way to share food that may go to waste this Ramadan is via the free-to-use OLIO app, where surplus food can be given away to neighbours to prevent unnecessary waste. Users can make spare food items available by uploading an image and description, and these are accessed by browsing listings in local areas and requesting to collect an item. The topic of wasted food during Ramadan is not a localised issue. Muslims around the world break their fast each day at sunset with the Iftar, an evening meal where families gather in large numbers at the call to prayer. Preparations for Iftar often involve buying more food than necessary, ultimately leading to waste. In the Middle East alone, it is estimated that a quarter (25%) of food purchased for Iftar meals goes to waste before being used or consumed.[2]

Abid Shah, UK Programmes Manager at Human Appeal, comments, “We are encouraged by the willingness of the UK Muslim community to share food, especially when we recall each night this Ramadan that 10% of the world will go to bed hungry, in addition to the economic pressures within the UK increasing. [3] Food sharing services such as OLIO make it easy and quick for those looking to share surplus food with others in their local community, and I’m grateful for OLIO’s support in raising awareness around food sharing during Ramadan.”

Tessa Clarke, co-founder at OLIO, adds, “At a time when we’re facing a cost of living crisis and the climate crisis, it’s more important than ever to recognise that lots of small actions can collectively lead to really big change. That’s why we’re incredibly proud to be supporting Human Appeal’s research into Ramadan and food waste in the UK, and are heartened to hear that at such an important time in the Muslim calendar, the community is open to sharing their spare with their neighbours.” 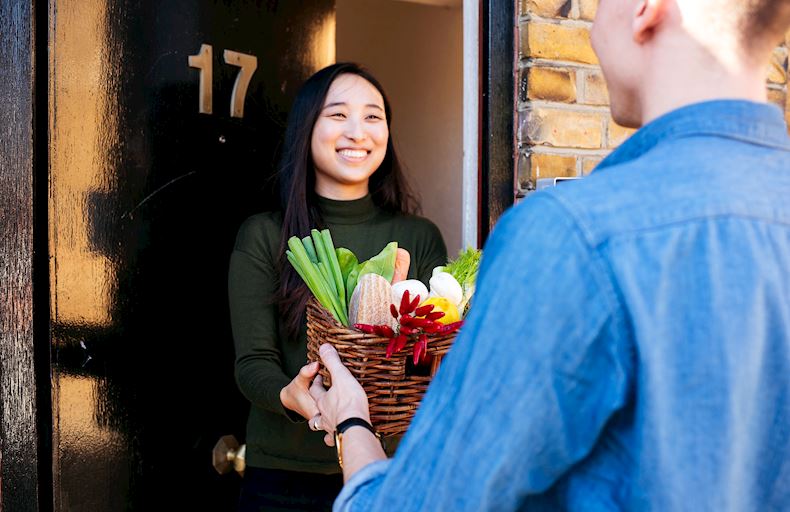 ● OLIO is a local community app that connects neighbours with each other to help them share more and waste less.

● OLIO has had successful shares in 62 countries in the world.

● OLIO is well known for its work in tackling food waste, linking neighbours and businesses to share surplus food that would otherwise go to waste. Half of all food added to the app is requested within 21 minutes of posting. A year ago it launched an initiative with all 2,700 of Tesco’s stores, taking food nearing the end of its shelf life and redistributing it locally via volunteers known as Food Waste Heroes. There are now over 40,000 Food Waste Heroes operating in the UK.

● OLIO has now passed the milestone of over 5 million community members, with half of these based in the UK.

● Since launch OLIOers have shared 45 million portions of food, which has had an environmental impact equivalent to taking 135 million car miles off the road, has saved 6.6 billion litres of water and has prevented 39k tonnes of CO2 equivalent emissions.

● Since its launch five years ago, OLIO has broadened its offer to include the free sharing of household items such as toiletries, kitchen appliances, books, clothes and toys; lending and borrowing items, as well as providing guidance on how to live more sustainably via its GOALS feature, which provides prompts on how to live in a more planet-positive way. Since launching, OLIO has seen its users complete almost 1m goals to help save the planet.

For further information, interview or images please contact the OLIO team on OLIO@Transatlanticent.com or call 078 13 00 6125