Human Appeal, one of the UK’s fastest growing NGOs, has announced today the delivery and installation of two on-site oxygen generators to support medical teams dealing with the recent COVID-19 surge in Northern Syria.

The procurement of the generators and logistics of delivery to the country took several weeks, following a report from medical teams on the ground of an urgent need for oxygen supplies. With installation nearly complete, the generators will begin service fully free of charge by 1st February 2022 in a region where 90% of the population live in poverty.

The local economy and healthcare system have been severely affected by over 10 years of conflict, particularly in the Northern region. The recent COVID surge in Northern Syria is threatening the 4 million inhabitants in the area and could rapidly spread due to a dire lack of test kits and medical equipment.

On-site medical services indicate an overwhelming rise in COVID-19 cases with a 60% daily increase rate. The virus mortality rate is feared to be much higher than official estimates since most inhabitants have no access to proper testing. Human Appeal’s humanitarian efforts in hard-hit Northern Syria are centred around its Al-Iman hospital in the town of Sarmada. The hospital treats an average of 4,000 people a month and a further 2,000 patients through its mobile clinic. The two on-site generators supplied and operated by Human Appeal’s humanitarian team in Northern Syria will refill tanks locally, with a capacity to supply oxygen to cover 44% of the supply gap and generate enough oxygen combined for 212,160 patients.

In addition to the two generators, Human Appeal has dispatched COVID recovery kits to help rehabilitate residents in an area where only 117,000 out of 4 million inhabitants have been able to obtain a first dose of the COVID vaccine. Human Appeal estimates their oxygen generators will produce US$504,000 worth of oxygen refills in the first six months, offered free of charge.

“It was critical we delivered the oxygen generators as soon as possible to save the lives of men, women and children in Northern Syria facing a fresh COVID surge putting still greater strain on local medical resources. Winter is also harsh, and this crisis has added to the suffering and poverty of vulnerable families and children,” noted Ubeyd Sakin, Country Director for Human Appeal in Syria.

“These generators are just the tip of the iceberg; more still needs to be done to meet the medical needs of the people of Northern Syria by donating to our Al-Iman hospital appeal. Further contributions will help secure more medical supplies and save even more lives,” added Sakin.

Human Appeal has been active in humanitarian support on the ground in Syria for the last decade, with a focus on alleviating the crisis brought on by the conflict that has left most of the country’s population in poverty and suffering from a lack of medical services.

For more information about Human Appeal’s activities in Syria and to donate to the appeal, please visit www.humanappeal.org.uk. 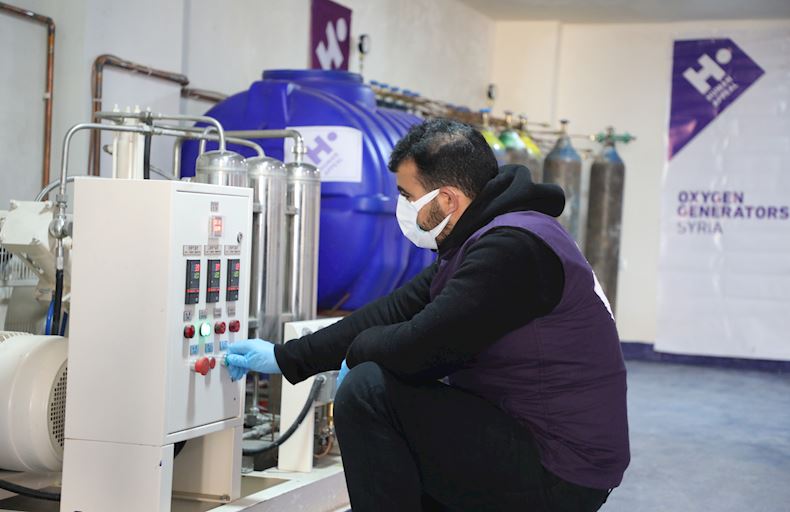 *It has come to our attention that some third parties, intentionally or otherwise, are confusing our official name, Human Appeal, with other entities that use the word "Human" or “Appeal” either together or as part of their own name.

We do not operate under any other name than our official name of Human Appeal, there are no alternative versions of our official name and we use the logo as detailed on our website only. Human Appeal is fully independent and not part of any other charity or NGO. We are a UK INGO legally registered in the UK with charity registration number 1154288.*

Human Appeal operates around the world to save lives in collaboration with recognised global organisations such as the United Nations.