6 beautiful reasons to fast on the Day of Arafah 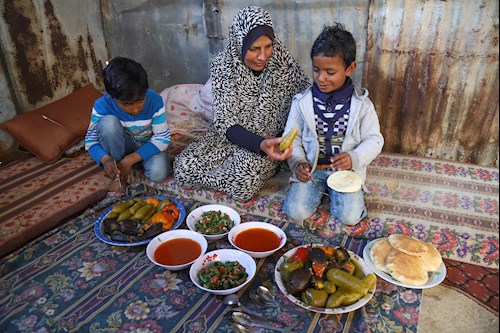 Over 1,400 years ago, the Prophet (PBUH) spoke of a day so special that it holds the power for our are forgiven. The Day of Arafah – the ninth day of the Islamic month of Dhul HIjjah - is the best day of the year to worship Allah perform righteous deeds. On the Day of Resurrection, we will be gathered on Mount Arafah to account for our actions, so we must take advantage of the blessings of this day.

Here are 6 beautiful reasons to fast on Yawm al Arafah:

1. Expiation for past and future sins:

Fasting on the Day of Arafah expiates (redeems) the sins of the previous year and the upcoming year.

When the Messenger of Allah (PBUH) was asked about fasting on the day of Arafah, he said

“It expiates the sins (minor) of the past year and the coming year.” (Muslim)

2. Our religion was completed on this day:

A Jew said to Umar ibn Al-Khattab RA), “O leader of the believers, there is a verse in your book that you recite and had it been revealed to us we would have taken that day as a day of celebration.” Umar said, “Which verse is it?” The Jew said:

“This day I have completed your religion for you, perfected my favour upon you, and have chosen Islam has your religion.” (5:3)

Umar said: “I know the day and place on which this verse was revealed to the Prophet, peace and blessings be upon him. It was while he was standing on the Day of Arafat on Friday.”

3. Allah frees more people from hellfire on the Day of Arafat than any other day:

“There is no day on which Allah frees people from the Fire more so than on the day of ’Arafah. He comes close to those (people standing on ’Arafah), and then He revels before His Angels saying, ‘What are these people seeking.”(Tirmidhi)

4. Forgiveness of sins even if they are many:

“As for you staying till the evening in Arafah, then Allah descends to the sky of the Dunya and He boasts about you to the Angels, and says: ‘My slaves have come to Me, looking rough, from every deep valley hoping for My mercy, so if your sins were equivalent to the amount of sand or the drops of rain or like the foam on the sea I will forgive them. So go forth My slaves! Having forgiveness and for what or who you have interceded for.”(Tabarani)

5. Allah expresses His pride to His angels:

It was reported from Ibn Umar that the Prophet (PBUH) said:

“Allah expresses His pride to His angels at the time of ‘Isha’ on the Day of ‘Arafah, about the people of ‘Arafah. He says, ‘Look at My slaves who have come unkempt and dusty.’” (Ahmad)

“There are no days more beloved to Allah that He be worshiped in them than the ten days of Dhul Hijjah.” (Tirmidhi)

We’re encouraged to remember and worship Allah on the Day of Arafah. It is a Sunnah of our Prophet (PBUH) to recite the Tahleel, Takbeer and Tahmeed as many times as possible on the Day of Arafah, and also on the days of Tashreeq (11, 12 and 13th of Dhul Hijjah).

Takbeer is to say "Allahu Akbar"

Tahmeed is to say "Alhamdulillaah"

Tasbeeh is to say "Subhanallaah".

Don’t forget to make sure you’ve given your Qurbani by the Day of Arafah to give us plenty of time to perform your sacrifice on Eid day.

May Allah allow us to fast and worship Him with ihsan (excellence) and ikhlas (sincerity) on the blessed Day of Arafah. May He allow our hearts to expand with His Love and may He shroud and nourish us with His blessings. Ameen.

If you found this guide helpful, remember the words of the Prophet (PBUH):

“One who guides to something good has a reward similar to that of its doer.” (Muslim) Share this blog so that more people can benefit, inshallah.