Seven Praiseworthy Characteristics of Ibrahim (AS) 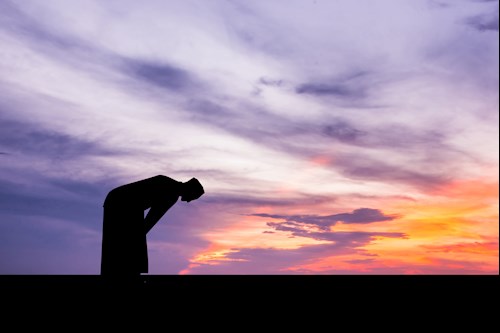 What can we learn from the example of the Prophet Ibrahim (AS), and how can we follow in his footsteps?

Allah tells us that the prophets were the best of humankind, sent into the world to guide people back to the worship of Allah (swt). The Quran refers to Ibrahim as "a community unto himself" (16:120), a powerful indicator of the legacy that Ibrahim left behind.

So follow the religion of Ibrahim, inclining towards truth; and he was not of the polytheists. (3:95)

The Messenger (PBUH) instructed communities to follow Ibrahim, and described him as the closest person to him. In the Quran, Allah even describes Ibrahim as khalil al-Rahman, His intimate friend.

We should all try to replicate the qualities of Ibrahim. Here are some of his exemplary attributes that are the legacy of one of the greatest prophets of Islam

Ibrahim’s commitment to Allah was stronger than his desires for the dunya; he chose pleasing Allah over comfort, luxury, and even love. In surah Ibrahim, it is explained that he left his family behind in Makkah so that they could establish prayer:

“O our Lord! I have made some of my offspring to dwell in an uncultivable valley by Your Sacred House in order, O our Lord, that they may perform As-Salat” (14:37)

Ibrahim was willing to sacrifice his beloved son after a lifetime of longing for a child, all for the sake of Allah. Not only does this history teach us to sacrifice what we love in the pursuit of Allah’s pleasure, but it also teaches us to uphold Ibrahim’s legacy of Qurbani, which you can perform this year from just £26 through Human Appeal.

In the Quran, when Allah tells Ibrahim He will make him an imam for the people, Ibrahim responds:

This is a powerful example in using the blessings of Allah to do more good. Allah made him an imam, a leader for the people, and his focus was continuing this legacy for his progeny and the Ummah.

Ibrahim wanted to worship Allah by serving humanity. He knew the value of cultivating leadership and made du’a for Allah to help him in his efforts. He inspired others to continue good example, but he also fulfilled his duty to his family and, therefore, he was a man of balance.

In the book, Tafsir Ibn Katheer, it is stated that, “If a woman was sick, she would make a vow that if she recovered she would bring wood to burn Ibrahim”.

This testimony demonstrates the strength and vitriol with which people opposed Ibrahim, but that this hate inspired him to trust Allah even more. Ibrahim did not seek their approval, instead he focused more on pleasing Allah. When Ibrahim was thrown into the fire, he had certainty of faith that Allah would help him - tawakkul.

Has there reached you the story of the honoured guests of Ibrahim? When they entered upon him and said, "[We greet you with] peace." He answered, "[And upon you] peace, [you are] a people unknown. Then he went to his family and came with a fat [roasted] calf. And placed it near them; he said, "Will you not eat?" (51:24-27)

Ibrahim exemplified the Islamic responsibility of honouring guests; he fed strangers and did so with generosity, preparing a large meal. It’s an example that is still relevant and instructive for all of us today.

Ibrahim endured his many trials with calmness and sensibility. When Ibrahim’s father opposed his message, Ibrahim was not angry or impatient, rather, he spoke to his father in a beautiful, soft manner. This is an important lesson to remember in today’s globalised world, in which we often mix with people who differ from us in belief.

Ibrahim was indeed forbearing, most tender-hearted, [and] penitent. (11:75)

<Often, when it comes to our spiritual obligations, we rush our prayers, or neglect charity and fasting outside of Ramadan. Yet in the example of Ibrahim, we witness the power and value of excellence, or ihsan. His role was so exemplary that, thousands of years later, we still strive to continue and follow his legacy.

Indeed there has been an excellent example for you in Ibrahim and those with him, when they said to their people: “Verily, we are free from you and whatever you worship besides God, we have rejected you, and there has started between us and you, hostility and hatred forever, until you believe in God Alone. (60:4)

When we learn about the prophets from the Quran and Sunnah, we should remember that these are not just stories, but lessons to heed. From these seven examples, ask yourself what inspired you the most and how can you implement this learning in your own life. How can you follow in the footsteps of the prophets?

May Allah nourish our hearts and actions with His remembrance and allow us to excel in His worship in the most beautiful ways, always.