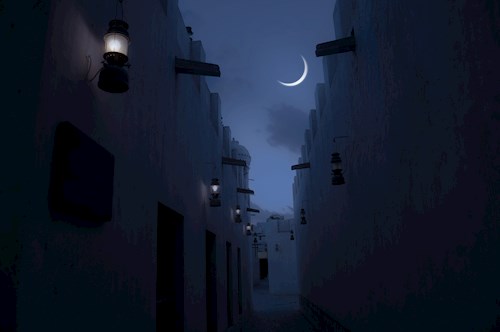 The virtues of Muharram

It is He who made the sun a shining light and the moon a derived light and determined for it phases - that you may know the number of years and account [of time]. Allah has not created this except in truth. He details the signs for a people who know (Quran, 10:5)

Imagine a month so special that it hosted the splitting of oceans, one of the greatest miracles performed by Allah, as well as the migration of Muslims from Makkah to Madinah – an event so momentous that it launched the Islamic Hijri calendar.

Welcome to the month of Muharram, the first month on the Islamic Hijri calendar.

Ibn Hajr narrates in that Umar (RA) said “The Hijrah has separated truth from falsehood, therefore, let it become the Epoch of the Era”.

Muharram helps us to renew our intentions as we realise we have been blessed to witness the beginning of another year; it’s an opportunity to earn more blessings and recalibrate our hearts as we reflect on the significance of this blessed month.

The Hijrah (migration) from Makkah to Medina

The event of the Hijrah, the migration of the Prophet Muhammad (PBUH) from Makkah to Medina in 622 CE, was chosen to begin the Islamic calendar because it was the first major sacrifice made by Muslims for the preservation of Islam. The new Hijri year is a chance for us to work on our worship and reflect on the sacrifices made by the first Muslims; it also gives context and understanding to our religion and history.

Muharram is one of four special months highlighted in the Quran that allow us to contemplate these blessed times.

Surely the number of months in the sight of Allah is twelve, in accordance with His decree from the day He created the heavens and the earth, out of which four are sacred. (9:36)

The day of Ashura – the tenth day of Muharram

Imagine the army of the powerful tyrant, Firawn, chasing a fleeing, weakened people. Musa (AS) arrived with his people at the Red Sea, crashing waves in front of them, the army in pursuit. There was nowhere left to run.

But even when it seems that you are out of options, Allah is the greatest of planners. Place your trust in Him and the miraculous can happen.

bn Abbas (RA) relates that when Prophet Muhammad (PBUH) migrated to Medina, he found the Jews fasting on the day of Ashura. When asked for the reason of their fasting, they replied that it was the day when Allah saved the Prophet Musa and his people from their enemies. The prophet Musa fasted to thank Allah and they continued to fast to honour his example. The Messenger said “We have more of a right to Musa than you,” and so he ordered the Muslims to fast on that day too. (Bukhari)

You can also give in charity on Ashur, seeking Allah’s pleasure and forgiveness. This Ashura, we’re working to support sustainable projects that help vulnerable people to lift themselves out of poverty – through secure water sources, education, medical care, and livelihood support.

Muharram is a month of growth and sacrifice, of bravery and tawakkul; its history through the ages offers us glimpses of the possibilities when a believer puts their trust in Allah. Fear is a normal human reaction, but when we face our fear with tawakkul – trust in God – we realise that Allah is greater than any obstacle or fear in our lives.

If you are going through test and you feel as though you are drowning, look at your own Red Sea, and have full conviction that help is coming, just as Musa did. If Allah can split the sea, He can take away your pain and remove your hardship. If He can rescue Musa’s people, He can rescue you too.

There may be an army of demons in your path, a storm of bad circumstances brewing, but the wind will settle, and the demons will flee, and soon your path will be clear. If your trial seems great, know it is because Allah believes that you are strong enough to endure it.

May Allah allow us to prosper in the New Year, learn the lessons of this month and grow, just as the righteous before us grew when the storms hit. Ameen.