Aleppo’s Al-Imaan hospital, a local primary hospital for women and children in the rural west of the city, is currently under attack. At 8.30am this morning [local time] several tanks opened fire forcing the hospital to shut down. The hospital was evacuated, all patients were moved to safer hospitals and medical staff were sent to their homes. The hospital has been funded by UK charity Human Appeal for the last five years, with the provision of staff, training and medical equipment. 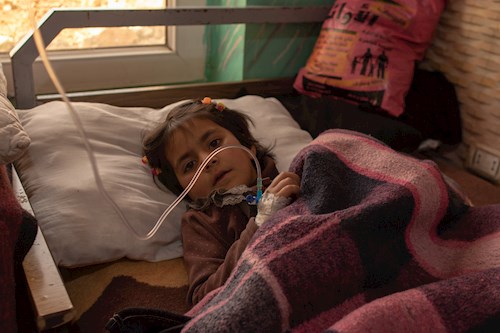 Between 2011 and 2019 there were 492 attacks on healthcare facilities in Syria. Last year, Human Appeal was able to provide 16,500 medical procedures through Al-Imaan Hospital. The charity delivered the latest training to eight midwives, nurses and technicians. Their medical staff carried out 19,523 consultations on children, and 15,042 consultations on pregnant women and mothers. Human Appeal also run a mobile healthcare facility from the hospital. In total, 43,456 people were helped through Human Appeal’s healthcare support in western Aleppo last year.

“The attack on Al-Imaan hospital is against the UN charter on human rights. Human Appeal strongly condemn this act and we urge the UN to ensure they apply pressure to all parties involved in Syria to stop aggression against civilians. Attacking the most vulnerable, especially the injured, demonstrates a new low in a conflict much of the world has overlooked.”

“We are currently monitoring the situation in Aleppo. For now, we have advised all our personnel to remain at home and wait for further instructions until the situation is clearer. Our thoughts are with patients and their families.”

Human Appeal will provide updates on the situation as we receive them.

Human Appeal’s CEO, Dr Ashmawey, is currently travelling back from Turkey, he is available for interview. Contact Charlotte Morris on 07967818064.

· The hospital specialises in paediatrics and obstetrics

· It has a total of 29 beds for patients

· Human Appeal has been supporting Al-Imaan hospital since 2014