16 Days of Activism: Art Initiative Says No to Violence Against Women and Girls

Millions of women and young girls around the world face domestic violence, sexual harassment, human trafficking, modern slavery, forced or early child marriages, female genital mutilation (FGM) and “honour killings”, all because of their gender. As part of the United Nations’ #16DaysOfActivism against Gender – Based Violence (GBV) campaign, we are shedding a light on young girls visiting our Sakeena Women’s Centre, in West Mosul, Iraq. We are currently implementing art therapy with 20 young adolescence girls, aged between 12 – 18 years old, to give them space and room to express their feelings and emotions around the theme of violence against women and girls through art. 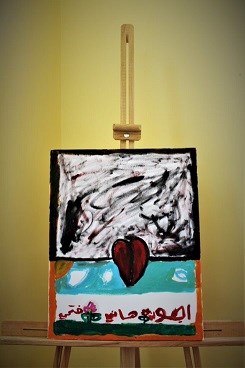 [Above] Hind (12): “Women are sometimes forced to smile, while her heart is broken from the inside”.

The people of Iraq continue to face many challenges after decades of conflict and violence, however, research shows the disproportionate consequences of conflict on women and girls, which is linked to their status and role in society. The rate of child marriage in Iraq is one of the highest in the world[1], amounting 24%, and is continuously increasing[2]. Recent research has shown that the majority of young adolescence girls are experiencing sexual violence, abductions, sexual harassment, early and forced marriage, in which the obstacle of access to education plays a major role[3].

In order to raise their voices on how the girls in our women centre interpret violence against girls and women, we would like to share some of their artwork with their own explanations. #HearMeToo #EndGenderBasedViolence

[Above] Nada (14): “My painting represents domestic violence. It shows the feeling when adolescence girls are being forced to get married, forced through being beaten. This is all about violence”. 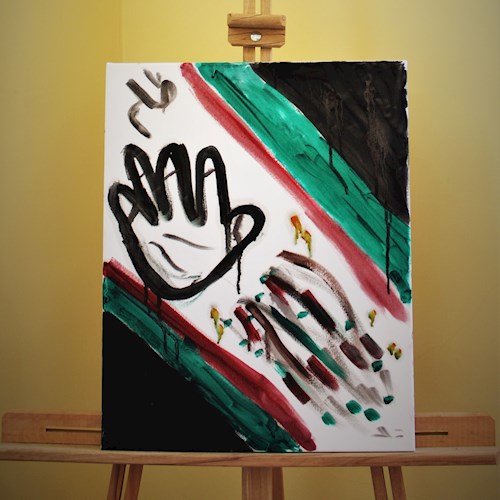 [Above] Yara (13): “I painted this to show how a man is hurting his wife [the hand] He hurts her through slapping, which I think is unfair. He will always beat his wife, before she even gets the chance to explain herself or to stand up for herself”. 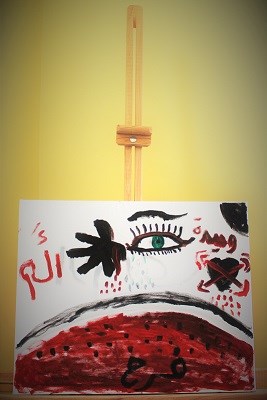 [Above] Luma (13): “This painting shows that a woman is acting like she is happy, but she is actually not. In reality, she is scared and cries every day because her husband kicks and beats her. He is very cruel on her; this gives her pain and loneliness, and makes her going through life in sadness. [Left side reads ‘pain’, right side reads ‘loneliness’, bottom reads ‘happiness’]

The Sakeena Centre is run in partnership with UNHCR and to date has supported 2,522 women and girls by providing training on sexual gender based violence prevention and response, case management services, vocational and recreational activities and 569 children have been supported with psychosocial support in our Safe Place for Children.

*The names have been changed to protect the identity of the girls.

[1] Percentage of women aged 20 to 24 years who were first married or in union before age 18. Source: UNICEF global databases, 2018, based on Demographic and Health Surveys (DHS), Multiple Indicator Cluster Surveys (MICS) and other nationally representative surveys.