History of Qurbani, the Story of Ibrahim (as)

The Story of Ibrahim (as) 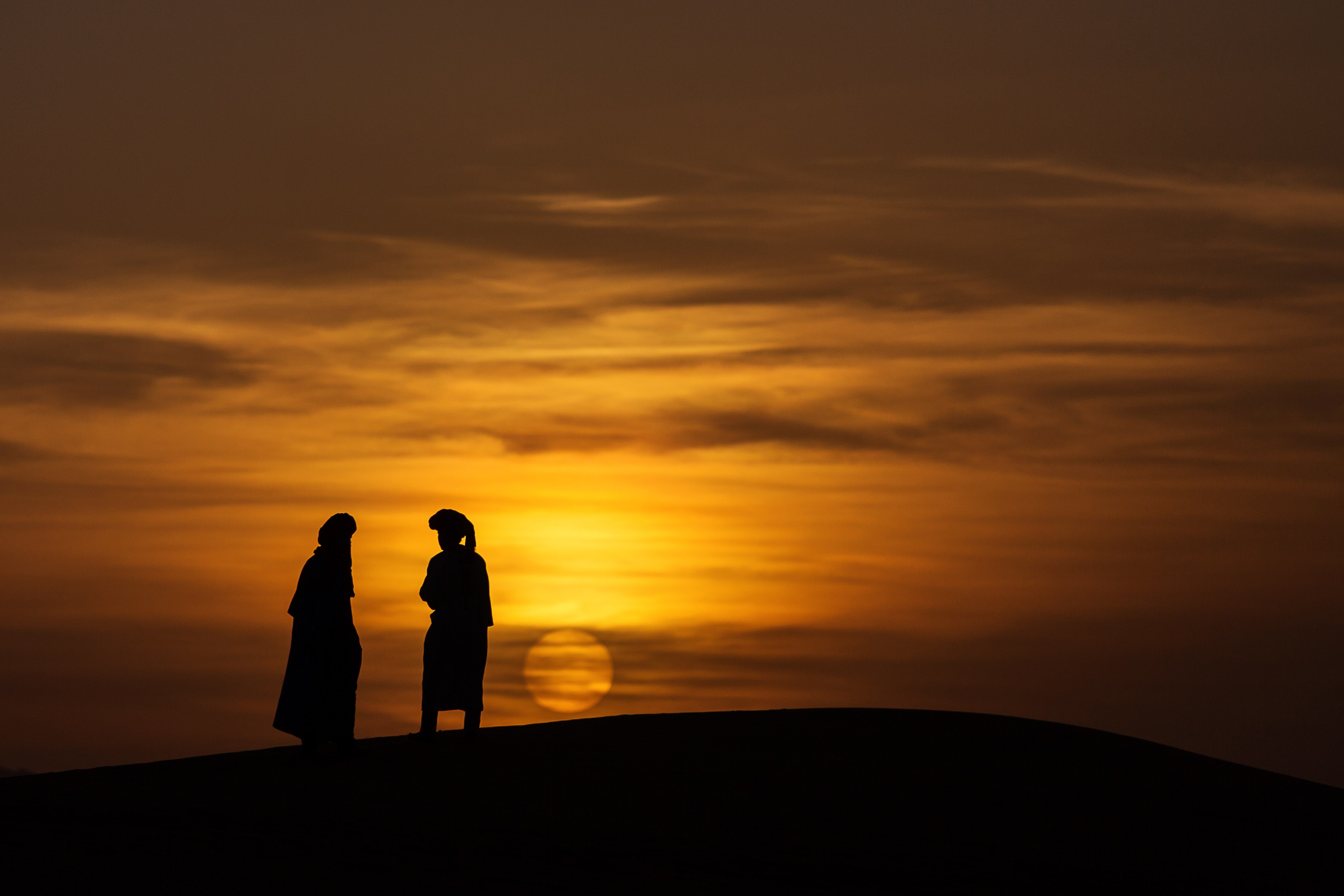 In the Quran, Allah says:

“Do people think that they will be left alone because they say: ‘We believe,’ and will not be tested. And We indeed tested those who were before them. And Allah will certainly make (it) known (the truth of) those who are true, and will certainly make (it) known (the falsehood of) those who are liars, (although Allah knows all that before putting them to test)” [29:2-3]

During our time in this Dunya, we believe that Allah (swt) will test all believers to witness our degree of faith and reliance upon Him. We often hear of stories of bravery and courage. Stories of men who overcame the world’s most evil tyrants and saved their people from oppression. One of the greatest stories in the Quran is the story of Ibrahim (as). This story is special because time and time again, we see how Ibrahim (as) was tested and how he responded in the most beautiful way. We see in his example of how he persevered by placing his complete dependence on Allah (swt), and not on the creation. One of the most powerful examples of his tawakal (trust in Allah) was the story of the sacrifice…

The Dream and Sacrifice

We learn in surah as-Saffaat that Allah inspired Ibrahim (as) with a dream. In this dream, he saw that he was slaughtering his son Ismail (as). So, Ibrahim (as) relayed this dream to his son. Ismail (as) being both a son of a prophet and a righteous boy, immediately realised that this dream was from Allah, and thus told his father to do as Allah commanded. On their way there however, the Shaytan came to Ibrahim (as) on three occasions and tried to tempt him away from this instruction. Ibrahim (as) pelted him with stones each time, as a result of his disappointment and steadfastness to the task. As Ibrahim (as) reached the tablet, he placed the knife upon Ismail (as). However, suddenly, by Divine miracle, Allah placed a ram in the position of Ismail (as). Allah told Ibrahim (as) that he had passed the test and that the animal was to be slaughtered instead.

What Can We Learn from Ibrahim (as)’s Trial?

We learn a very profound lesson from this story and the way in which Ibrahim (as) navigated through it with his perseverance. In this incident, if we reflect a little deeper, we can see that Ibrahim (as) slaughtered something we all struggle with as humans. Something we cannot see but resides within us. Often times commanding reign over us and pushing us away from the path of Allah. On that day, we learned Ibrahim (as) slaughtered his nafs (lowly desires) for the sake of Allah. And that’s what lives in us, making us battle between the path of wrong and right. As much as he loved his beloved son, he loved Allah more. He gave Allah the centre focus of his life and demonstrated this when it mattered most, and as a result he won. Allahu Akbar. This is a lesson for us all displaying how to show absolute tawakal and carry this out with with ihsaan (excellence). Not only was Allah pleased with him, He rewarded him by blessing him with the good news of him having another son:

“And We left for him (favourable mention) among later generations, “Peace upon Ibrahim”. Indeed, We thus reward the doers of good. Indeed, he was of Our believing servants. And We gave him good tidings of Iss’haq, a prophet from among the righteous. And We blessed him and Iss’haq’.” [37:108-113]

It is important to look at this story and ask ourselves, what is the storyteaching us? What attachments are we holding on to that are harming us? What desires are we entertaining that are causing our hearts to be become darkened? What sacrifice can we make in this blessed month to nourish our spiritual hearts and seek the pleasure of Allah?

The Blessed Time of Hajj

One of the pillars of Islam is the Hajj (Pilgrimage). Every Muslim is obligated to perform this at least once in their lifetime. During Hajj, Muslims commemorate this story and thus are instructed to slaughter an animal, if their means allow, others fast.

“You shall observe the complete rites of Hajj and`Umrah for God. If you are prevented, you shall send an offering, and do not resume cutting your hair until your offering has reached its destination. If you are ill, or suffering a head injury (and you must cut your hair), you shall expiate by fasting, or giving to charity, or some other form of worship. During the normal Hajj, if you break the state of Ihraam (sanctity) between `Umrah and Hajj, you shall expiate by offering an animal sacrifice. If you cannot afford it, you shall fast three days during Hajj and seven when you return home - this completes ten - provided you do not live at the Sacred Masjid. You shall observe God, and know that God is strict in enforcing retribution. [Quran 2:196]

If you are not in a position to attend Hajj this year, you can still partake in the obligation to perform Udiyhah/Qurbani. It was narrated that the Prophet (saw) remained in Madinah for ten years and each year, he performed the sacrifice. It is an act of worship that is beloved to Allah, and when you make the pledge to sacrifice, reflect upon this story and ask yourself what personal shortcomings you can slaughter in this month.

We pray that Allah (swt) makes this spiritual time of the year beneficial to you, may He accept all of your worship and allow you to extract the gems of the historical story of Ibrahim (as).