Donations from the congregation of a Birmingham mosque have helped hundreds of orphaned children to rebuild their lives after fleeing the devastating conflict in Syria.

Thanks to the generosity of Green Lane Masjid (GLM), Human Appeal has now opened a brand new orphanage in Turkey. It will give 240 orphans and 40 widows a safe place to call home, and also provide them with physical and emotional support.

Since the beginning of the Syrian conflict in March 2011, millions of people have been forced to flee their homes. Many have crossed over into countries such as Lebanon, Jordan and Turkey, seeking safety from the airstrikes and artillery fire. 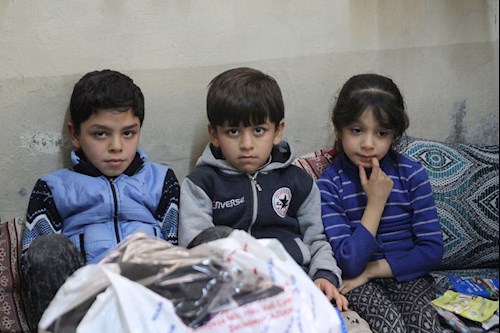 When members of Green Lane mosque visited Turkey for the opening of the new orphanage, they were deeply affected by the resilience of the children they met. Despite the horrors these little ones have seen, they were still smiling and ready to welcome the visitors with open arms.

Councillor Majid Mahmood also joined Green Lane Masjid donors on their trip to Turkey. He brought winter aid packs, containing coats, gloves and socks, plus gifts of toys and sweets for the children.

Councillor Mahmood met four young children with a paralysed mother who required constant care. He said: “The 13-year-old sister is taking the role of mother and father, looking after three children. She has no choice. They are similar ages to my own children, it was heartbreaking.”

In Turkey, Lebanon and Jordan, Human Appeal is on the ground providing vital aid to Syrian refugees. As the situation in Syria continues to deteriorate for families trapped in the war-torn country, we are distributing emergency supplies to those who need it most. 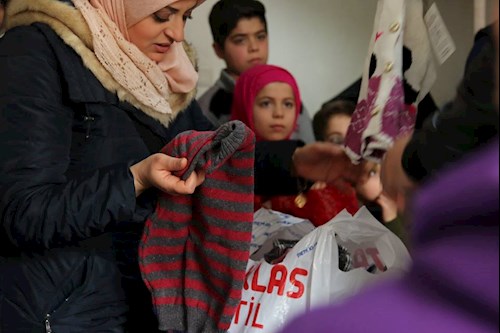 The cold winter months are a living nightmare for families in the refugee camps of Lebanon and Jordan. Bitter cold, wind, snow and rain invade tents and makeshift shelters. Vulnerable parents have to make the terrible choice between keep their children warm or finding them food to eat. For many families, affording both fuel for heating and food is impossible.

Displaced families in Syria and Syrian refugees desperately need your help. Their lives hang in the balance this winter.

You can stop winter killing today.