Little Ahmad is 5 years old. He lives in a refugee camp in Lebanon with his mother, father and two siblings. He has an older sister called Hala who is 6, and a younger brother called Hamzah who is only 3 months old.

In his short life, Ahmad has never known peace or safety. When he was born, Syria was already at war. Bombs were raining down when a newborn Ahmad was in his mother’s arms. Their family home was completely destroyed in an airstrike. 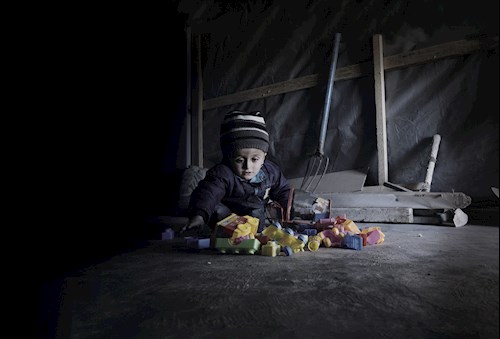 Ahmad’s parents knew that the family were in grave danger in Syria, but it had also become apparent that baby Ahmad had developed serious health problems, including blindness. Ahmad desperately needed an operation to ease the pressure on his retinas that was causing the blindness. Although it was incredibly dangerous, Ahmad’s family stayed in Syria until his surgery was complete.

Ahmad can see now, but he still needs lots of extra care. He has brain damage and needs to take medicine twice a day and receive two sessions of physical therapy a week. However, there just isn’t the money to pay for this treatment.

Winter is the toughest season for refugee families

Ahmad’s family were forced to flee Syria for Lebanon. His father used to work in aluminium manufacturing, but there are so many Syrian refugees now sheltering in Lebanon that work is very hard to come by. In the winter months, it’s impossible to find any work at all. Even Lebanese citizens struggle to find work in winter. 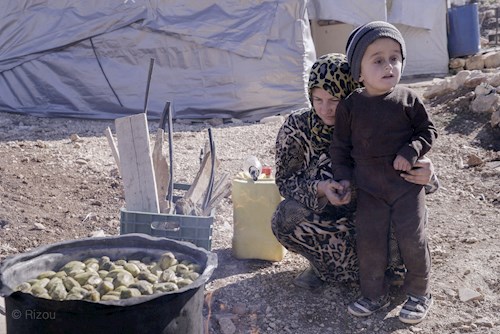 Life in the refugee camp is incredibly hard. The family lives in a makeshift shelter and life revolves around waiting for their monthly fuel vouchers so they can heat their temporary home. Ahmad must wear padded clothes at all times. His immune system is weak and he’s very vulnerable to contracting illnesses. In the cold weather, Ahmad is even more at risk.

The family is hungry, cold and frightened. More than anything, they want to return to their home in Syria, but it has been destroyed.

Ahmad’s father says: "Whenever the Syrian border is opened, I will go back to Syria because death is better than living under these miserable conditions. We are ready to live there even though we may live in a tent or die.” 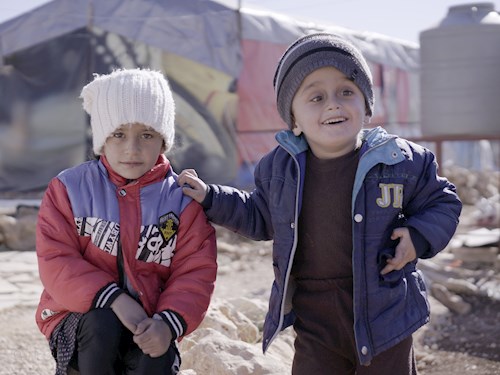 There are thousands of Syrian families like Ahmad’s who are spending the winter in refugee camps. For vulnerable families, winter can be a cold-hearted killer, bringing sickness and misery.

For £250, you can provide a refugee household with plastic sheets to waterproof their shelter and keep out the rain and snow. £165 will provide a family with nutritious food and other winter survival essentials. Just £65 will keep a family of four fed for a whole month.

Children like Ahmad are crying out for your help. Without your support, this could be their last winter on earth.