Samra Said, the UK Programmes Coordinator for Human Appeal, has been honoured as one of 40 ‘Change Makers’ at the Festival of Love at the Southbank Centre. Samra, 34 from London, had her incredible work recognised at London’s Southbank Centre on Saturday 30th July.

Festival Of Love 2016, inspired by the late Nelson Mandela’s 67 year struggle for human rights, honoured 40 ‘Change Makers’ who dedicate their time to improve the lives of others. Samra’s role at Human Appeal has seen her give food and clothing to UK homeless people, renovate the homes of people in Cumbria hit by floods over Christmas and give presents to children in a hospital seeking mental health treatment. She was nominated for the following 3 projects. 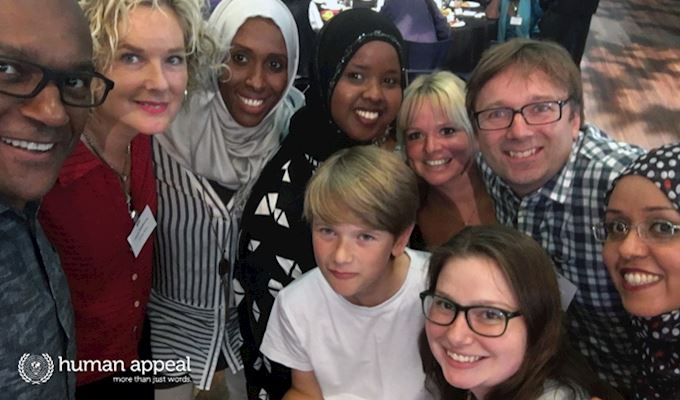 Samra Said said: “It is so humbling to be recognised for projects that I am very much passionate about. The award made me reflect on my humanitarian travel with Human Appeal. Having seen how water in some rural areas is scarce, and the growing number of children living rough on the streets of Dakar, I was determined to fundraise and raise awareness. Knowing full well that one step, one action can change and make a positive impact to those in dire needs, made me determined to do what it takes to save lives in Somaliland, Senegal and elsewhere. “

Othman Moqbel, Human Appeal CEO, said of Samra’s recognition: “Samra Said’s achievements are unmissable and well deserved. She spends every waking minute helping other people. She is an inspiration to everyone she works with, everyone she meets and to me personally. Nobody better embodies the Human Appeal spirit of working tirelessly to make this world a better place for everyone. We are incredibly proud that she has finally be recognised for her unbeatable humanitarian ethic.”