New research conducted by YouGov on behalf of Human Appeal, one of the UK’s fastest growing NGOs, highlighted the low level of awareness among the UK’s adult population when it comes to the enormity of the scale of on-going humanitarian crises around the globe.

In this recent UK survey, a quarter of respondents did not know the scale of the humanitarian crises affecting millions of people in countries such as Afghanistan, Syria, Somalia and Yemen.

When asked to pick which country currently has the greatest numbers of people facing starvation at nearly 23 million, 25% of UK respondents didn’t know this was the urgent crisis facing Afghanistan.

The UN has called on the World community not to forget countries like Afghanistan where millions face starvation.

"While the world's attention is turned to Ukraine and the ripple effect from that war, we must also stand in solidarity with the Afghan people," United Nations Development Programme (UNDP) head Achim Steiner stated during a recent visit to Afghanistan.

“We conducted this research to highlight awareness of how these humanitarian emergencies are so interlinked. We stand with all refugees and victims of war. All Human life is valuable and all human suffering is equal. Unfortunately, the crisis in Ukraine is also having an impact on on-going crises occurring in other parts of the World. Most of the current war-torn nations rely heavily on Ukraine as a major grain exporter,” commented Raya Al Homsi, Institutional Funding Manager at Human Appeal.

Syria and Yemen were already facing dire food poverty or starvation before the Ukraine war began and now the risk is higher with the disruption of global grain supplies. 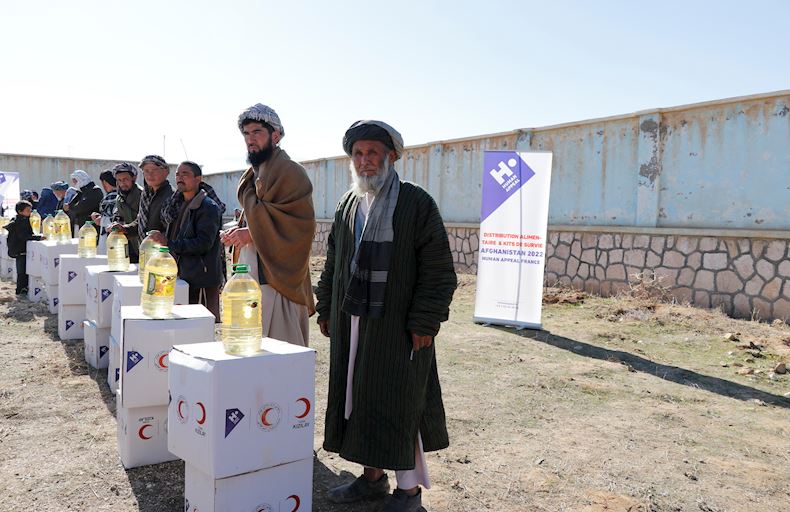 In this recent UK survey, a quarter of respondents did not know the scale of the humanitarian crises affecting millions of people in countries such as Afghanistan, Syria, Somalia and Yemen.

YouGov methodology: All figures, unless otherwise stated, are from YouGov Plc. Total sample size was 2078 adults. Fieldwork was undertaken between 16th - 17th March 2022. The survey was carried out online. The figures have been weighted and are representative of all UK adults (aged 18+).

About Human Appeal UK Human Appeal (registered charity 1154288) is a fully independent British development and relief NGO based in Manchester, UK. It was established in 1991 and runs targeted poverty relief programmes in collaboration with global organisations like the United Nations. Its mission is to save lives through emergency response and sustainable development programmes, across over 25 countries worldwide. Human Appeal does not operate under any other name, there are no alternative versions of the official name and its only official logo is detailed on its website only.