Virtues of Reading the Qur'an

As Ramadan is upon us, most Muslims will race to complete reading the Qur'an, yet it is important to learn about the virtues of reading this Noble Book, which will bring more motivation. The Qur'an is full of gems, igniting your lifestyle to success and having many effects on your character and your after-life. The Qur'an being revealed in the month of Ramadan makes this month extra special. So let's appreciate this gift from Allah (swt) and take it as our companion to reach greater, spiritual heights this Ramadan. Some of the virtues of the Qur’an are listed below. 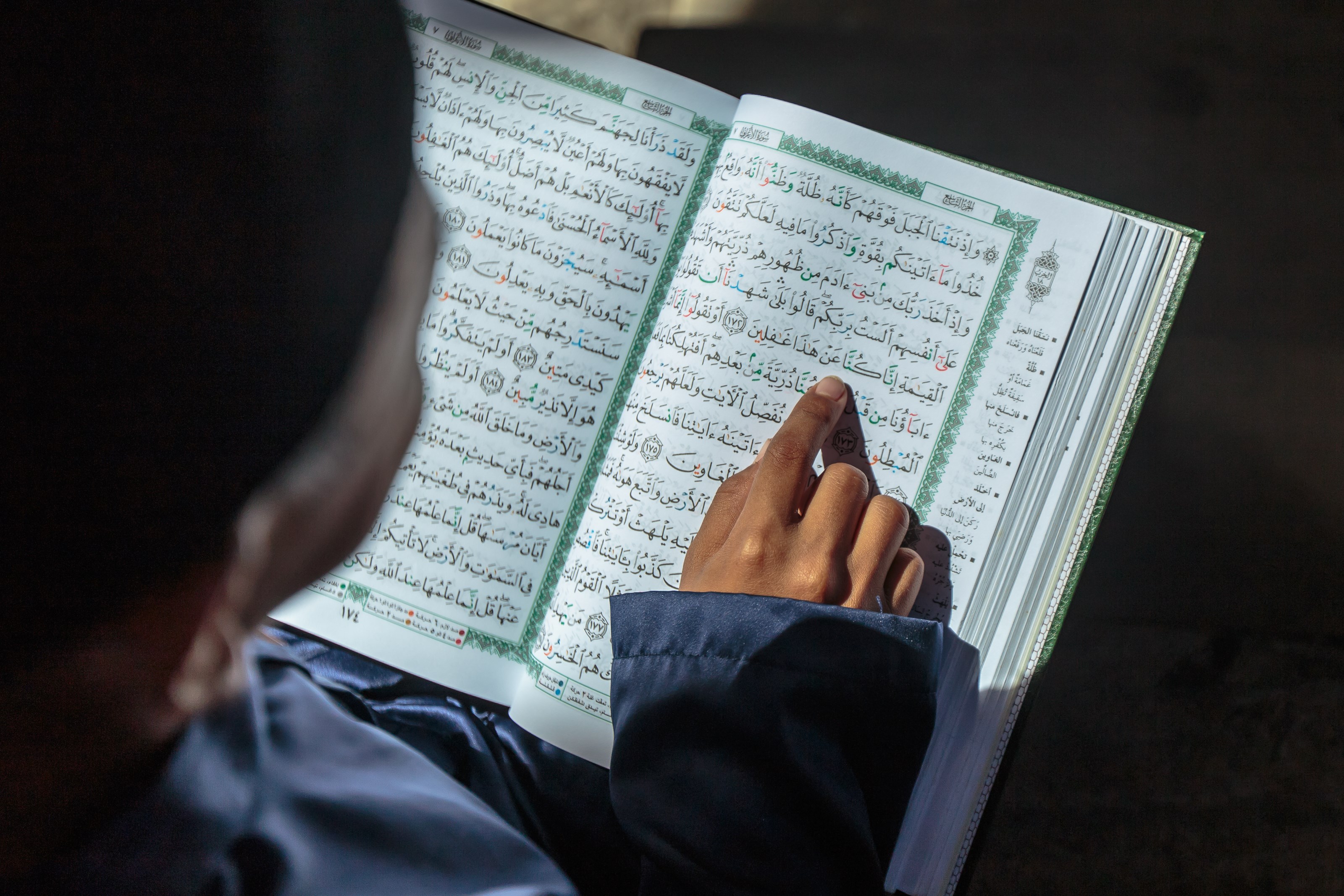 “This is the Book (the Qur'an), whereof there is no doubt, guidance to those who are Al-Muttaqoon [the pious]” (Qur'an, 2:2)

1. There is plenty of reward for the one who recites

“Verily the one who recites the Qur'an beautifully, smoothly, and precisely, he will be in the company of the noble and obedient angels. And as for the one who recites with difficulty, stammering or stumbling through its verses, then he will have TWICE that reward.” (Sahih Al-Bukhari)

The above hadith shows how much value there is to reciting the Qur'an, that even the one who finds it difficult to recite is rewarded for his efforts.

In Ramadan, since the reward is multiplied by 70 or more, you'll find many Muslims utilising this benefit, immersing themselves into completing the Qur'an. It's beautiful to acknowledge that not only does the Qur'an positively affect our daily lives, which is a blessing in itself, but it allows us to benefit in the next life too.

2. The Qur'an will be an intercessor for us

“Read the Qur'an, for verily it will come on the Day of Standing as an intercessor for its companions.” (Muslim)

Imagine the day we are enveloped with fear, shock and anxiety with our canopy being the sun, exposing scorching heat. Imagine feeling restless, awaiting our book of deeds, nervous as to which hand it will be placed upon. Yet, imagine, the Noble Book who we took as a companion in the dunya, intercedes, adamant we attain Jannah. Mood uplifted and hope risen, this is the effect the Qur'an will have to those who read and utilised it during their lifetime.

The more we recite the Qur'an, the more it will become a natural hobby carried out with ease. Becoming passionate with reading this Book, and striving to attain the good that it releases, will bring us satisfaction and stability in both worlds.

Reciting the Qur'an in itself allows one's heart to go softer being attentive to Allah (swt)'s words. It humbles us, as we read the orders from the All-Powerful, which distinguishes His lofty status.

The Prophet (PBUH) once said to ibn Mas’ud, "Recite to me some Qur’an” He replied, “O messenger of Allah! How can I recite it to you whilst it was revealed to you?” He said, “I love to hear it from other than me.” He said, “So I started to read from Surat An-Nisa until I reached the ayah that reads, ‘So how will it be when We bring from every nation a witness, and we bring you, O Muḥammad, against these people as a witness?’” The Prophet (PBUH), at this point, said to Ibn Masʿud, “This is enough”. Ibn Masʿud said, “I looked at him and he was shedding tears.” [Bukhari & Muslim]

The above hadith shows that the Qur'an has an impact on even our Prophet (PBUH) heart. Being the best of mankind, Prophet (PBUH) possessed the most softest of hearts, so much that these verses brought him to tears.

4. Your status will be raised

How beautiful is it that our Prophet (PBUH) related the rank of status by one's closeness to the Qur'an. This shows how prestige the Qur'an is. In fact, even in the next life, the more Qur'an one had memorised in this life, the higher the place in Jannah they will be given.

“It will be said to the companion of the Qur’an: Read and elevate (through the levels of the Paradise) and beautify your voice as you used to do when you were in the dunya! For verily, your position in the Paradise will be at the last verse you recite!” (Abu Dawood)

5. A Guide showing what's lawful and what is not

The Qur’an is a guide, displaying what is permissible and what is forbidden in Islam. This Noble Book also teaches us many lessons by narrating stories from the past. Through these many examples, a Muslim can use the Qur’an to help shape and live their life. The Qur’an teaches us to be optimistic through the trials great people before us had faced. It teaches us to have patience, forbearance, and most of all, it gives us firm realisation that Allah is the Almighty, the Greatest, and deserves all praise. Consisting of the direct and divine words of Allah, the Qur’an being a guide is a great virtue for Muslims from all walks of life.

6. Qur'an is a mercy and divine healing

“And We send down from the Quran that which is a healing and a mercy to those who believe (in Islamic Monotheism and act on it), and it increases the Zalimoon (polytheists and wrong-doers) nothing but loss.” [Surah Al-Isra, 17:82]

Ibn al-Qayyim (may Allah have mercy on him) said about the merits of Qur'an and Dhikr (remembrance of Allah):

“We and others have tried this on many occasions and we have seen that it works in ways that physical remedies do not. Indeed we now regard physical medicine as the doctors regard folk medicine. This is in accordance with the law of divine wisdom, not contrary to it, but the causes of healing are many and varied. When the heart is in contact with the Lord of the Worlds, the Creator of the disease and the remedy, the Controller of nature Who directs it as He wills, he has other remedies apart from the remedies that are sought by the heart that is far away from Him and that turns away from Him. It is known that when a person’s spirits are high and his body is in good shape, they cooperate in warding off disease and suppressing it, so if a person is in high spirits and physical good shape, finds comfort in being close to his Creator, loving Him, enjoying remembrance of Him (dhikr), devoting all his strength and power for His sake and focusing on Him, seeking His help, putting his trust in Him, how can anyone deny that this (Qur'an) is the greatest medicine or that this spiritual power gives him the means to ward off pain and defeat it completely? No one would deny this but the most ignorant of people, those who are furthest away from Allah and the most hard-hearted and unaware of human nature.”

7. Virtues of reciting Qur'an in Ramadan.

“The month of Ramadan in which was revealed the Qur'an, a guidance for mankind and clear proofs for the guidance and the criterion (between right and wrong)”. (Surah al-Baqarah 2:185)

The Angel Jibrail (as) used to come to the Prophet (PBUH) every night in Ramadan, and study the Qur'an with him. (Bukhari)

May Allah (swt) make us all people of the Qur’an, who find love in reciting and learning from this Book, so much that it becomes an intercessor for us on the Day of Reckoning.