Ramadan is a holy month in the Muslim calendar, whereby Muslims fast from sunrise to sunset for around 29-30 days. As well as fasting, Muslims are obliged to abstain from specific desires such as sexual intimacy. Ramadan is also one of the five pillars in Islam.

Abu Hurayrah (may Allah be pleased with him) said: The Messenger of Allah (saw) said: “Every deed of the son of Adam will be multiplied between ten and seven hundred times. Allah, may He be glorified and exalted, said: Except fasting. It is for Me and I shall reward for it. He gives up his desires and his food for My sake.” [Muslim] 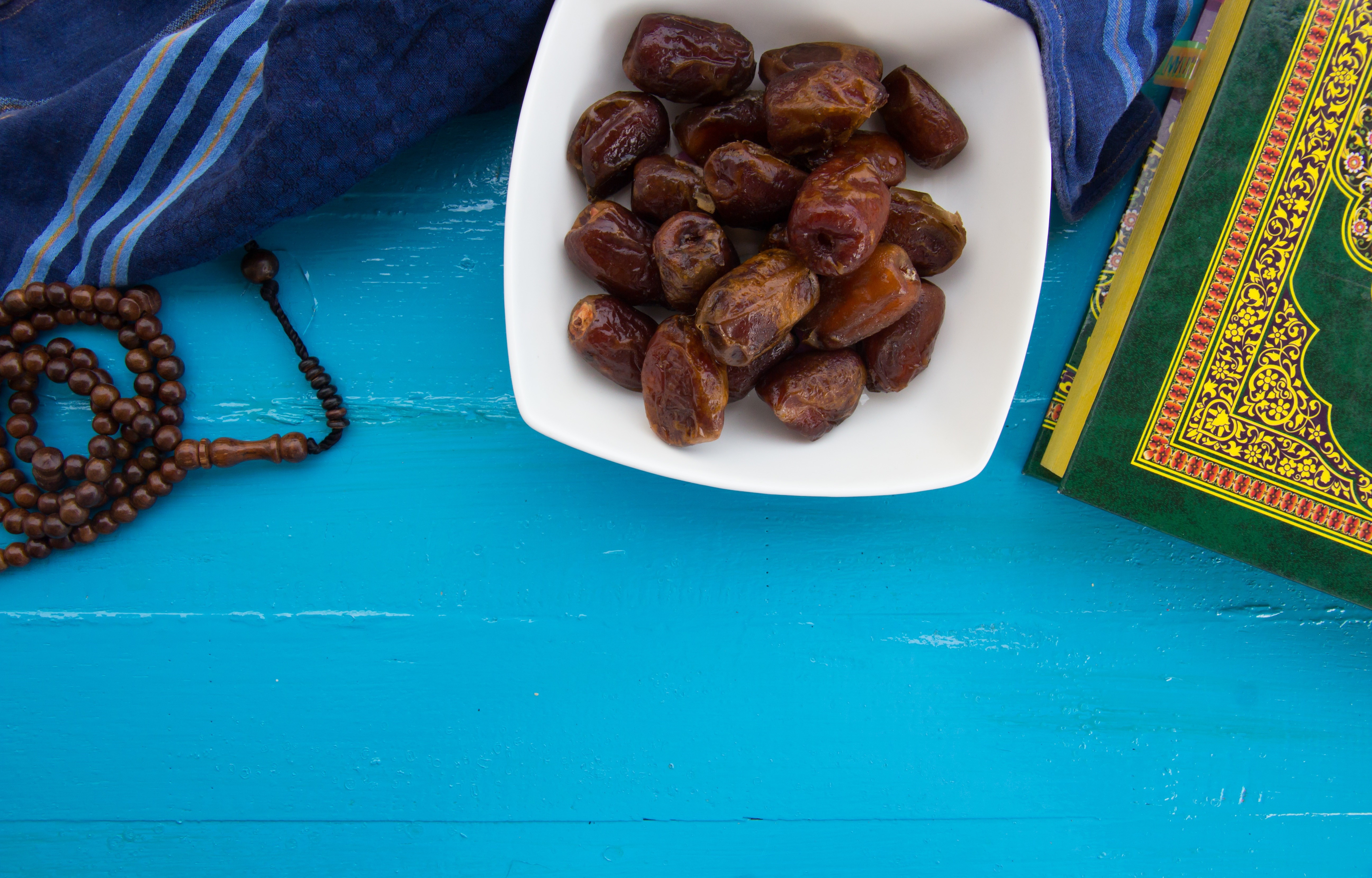 2. What is iftar and suhoor?

The Prophet (saw) said, “There are two occasions of joy for a fasting person: one when he breaks his fast, and the other when he meets his Lord, and the (bad) breath (of a fasting person) is better in the sight of Allah than the fragrance of musk.” [Al-Bukhari]

3. Why do a lot of people look forward to Ramadan?

Ramadan is a month of unity. Muslims across the globe fast in this month together. Ramadan also brings out a person's potential good, by displaying kind acts towards others. Through organising iftar gatherings, charity events and appeals, long night prayers in congregation and much more, this month helps to gather people from all walks of life.

Ramadan is also divided into three parts, which Muslims strive to take maximum benefit from. During the first ten days, there is a focus on asking for mercy from Allah (swt). The second ten days are focussed on asking for forgiveness from Allah (swt). During the last ten days, Muslims focus on seeking refuge in Allah (swt) from the hellfire. Muslims look forward to these benefits, as it is a chance to spiritually cleanse themselves, making them spiritually pure with potentially fewer sins after they come out of Ramadan.

Additionally, Ramadan is seen as ‘the month of the Qur’an,’ which encourages Muslims to appreciate this Book more by reciting and deriving lessons from Allah (swt)’s noble words.

4. How can Ramadan change a person?

Ramadan changes a person for the better. Being unable to eat and drink during fasting hours allows us to appreciate what Allah (swt) blesses us with each and every day. This makes Muslims turn to Allah (swt) more, full of gratitude. The shaytaan are locked away in this month, which prevents their negative whispering to Muslims. Bad language, arguments and other negative actions are heavily discouraged in Ramadan too. In turn, the good in the fasting person is revealed in volumes and adds positively to the joyous, spiritual atmosphere.

Ibn `Abbas (may Allah be pleased with him) narrated:“The Prophet was the most generous of all people, and he used to become more generous in Ramadan when Gabriel met him. Gabriel used to meet him every night during Ramadan to revise the Qur’an with him. Allah’s Messenger then used to be more generous than the fast wind.” (Al-Bukhari)

5. What makes Ramadan different to other months in terms of reward?

In Ramadan, every good deed is multiplied between ten and seven hundred times.This is another reason why Muslims engross themselves into doing good to race for an increase in good deeds.

`A’ishah (May Allah be pleased with her) reported: The Messenger of Allah (peace and blessings be upon him) used to strive more in worship during Ramadan than he strove in any other time of the year; and he would devote himself more (in the worship of Allah) in the last ten nights of Ramadan than he did in earlier part of the month. (Muslim).

6. Why do Muslims generally donate more money to charity in Ramadan?

There is a chance for immense reward and forgiveness from Allah (swt) in this month, which makes Muslimswork towards gaining these benefits. Giving to charity is one gateway that leads to great rewards. For this reason, you will find many Muslims immerse themselves in both giving to charity and encouraging others to donate. Since deeds are multiplied, Muslims acknowledge that every penny that they donate, magnifies on their scale of good deeds.

7. Can we celebrate Ramadan with non-Muslims?

Of course. As mentioned before, Ramadan is a time of unity, thus getting others involved helps achieve this aim. This is also a chance to exhibit Islam, displaying our peaceful religion and how we work and strive to worship Allah (swt) as one Ummah.

Inviting non-Muslims for an iftar meal will give them a chance to learn more about our religion. This will also help them feel special and included.

Some Muslims feed the homeless as an act of charity during Ramadan. These homeless people can be non-Muslims, thus are appreciative and educated that Islam doesn’t restrict itself to just helping Muslims. Non-Muslims can also be invited to charity events to join in with the goodness of raising money for those most in need, acknowledging humanity and the precarious environment we inhabit.

8. What do Muslims do on Eid al Fitr?

Eid al Fitr is celebrated at the end of Ramadan upon the sighting of the new moon. This joyous festival lasts for three days.

During Eid al Fitr, in accordance to the Sunnah, Muslims wake up early, have a shower and wear their best clothes. They are then advised to eat a date (in odd numbers) and attend the mosque to perform the Eid prayer. Muslims also contribute towards charity on this day, as well as greeting one and another, ‘Eid Mubarak!’ This festival also encourages Muslims to unite by visiting family and friends and exchanging gifts.

As seen from the above, Ramadan isn’t solely focused on going hours without eating. The yearning one has for Ramadan to enter upon us is due to the unity, spiritual cleansing and immense reward this month has to offer.