This year, the Islamic writer and scholar Shaykh Yasir Qadhi will be supporting our projects in Palestine to give vulnerable children a brighter future. Together, we’re hoping to raise a massive £1 million for our Palestinian children’s projects.

Yasir Qadhi is kicking off this amazing initiative by fundraising in Jerusalem. Together, we can make sure that children in Gaza aren’t left behind. Our work will support these little ones and help them fulfil their potential for years to come. 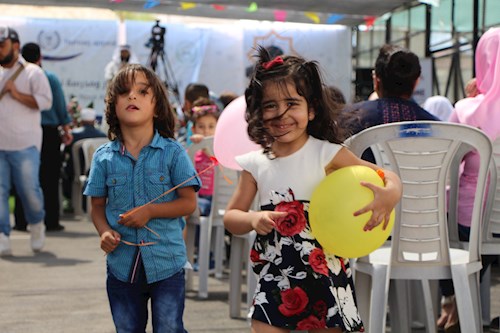 Who is Shaykh Yasir Qadhi?

Shaykh Yasir Qadhi is one of the most eloquent, balanced and highly respected scholars in the West. He has served as the Dean of Academic Affairs at the international Islamic educational Al-Maghrib Institute since 2001 and also teaches at Rhodes College in Memphis, Tennessee.

Qadhi has a bachelor’s degree in Arabic and a master’s degree in Islamic Theology from the Islamic University of Medina. He also holds a doctorate in Theology from Yale University. He has authored or co-authored six books on Islam and delivered inspirational lectures all over the world that are attended by thousands of people.

Perhaps most impressively, Qadhi has been teaching for more than 15 years and is still only in his early 40s. In 2011, the New York Times Magazine dubbed Qadhi “one of the most influential conservative clerics in American Islam”.

In Jerusalem, over 38% of children don’t go to school. Existing schools are over-subscribed and children are being turned away and told there isn’t space for them to learn, every single day.

In Gaza, the 2014 conflict saw the biggest loss of civilian life to date. Over 920 Palestinian children were killed and some 900 people, a third of them children, were permanently disabled. Thousands of Palestinian children are still displaced or living in homes damaged by bombs, where holes in the walls and ceilings let in the wind and rain. Orphans who have lost one or both parents are the most at risk of abuse, malnutrition and disease.

Sadly, it’s children who pay the highest price in conflict situations. They live in constant fear of airstrikes and artillery fire. They are forced to witness horrors that leave their young minds with deep psychological scars. Without quality education or enough food to eat, these little ones are robbed of their confidence and their hope for the future. 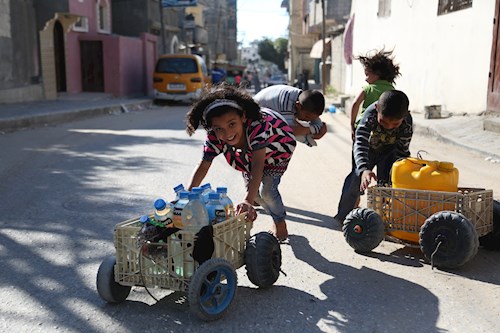 By donating to our Palestinian Children’s Fund, you can help us reach our £1 million goal and support innocent little ones who are suffering from the devastating effects of conflict and poverty. In the holy land of Jerusalem, some of the world’s most vulnerable children are crying out for your help.

If you show mercy to the children of Gaza, the greater mercy of Allah will be bestowed upon you in return.

You can change a child’s life today.